Video We're pleased to report that last weekend the Low Orbit Helium Assisted Navigator (LOHAN) fantastical flying truss finally got off the ground, and we've got some video of the test for your viewing pleasure.

The plan, as regular readers will recall, was to see just how a triangular truss performed as a potential launch platform for our Vulture 2 spaceplane.

In traditional garden shed engineering style, we put together a model of the structure from balsa wood, with a view to trying out a few possible lifting configurations.

Here are the trio of proposed set-ups, and there's more on the thinking behind our cunning truss lift plan right here: 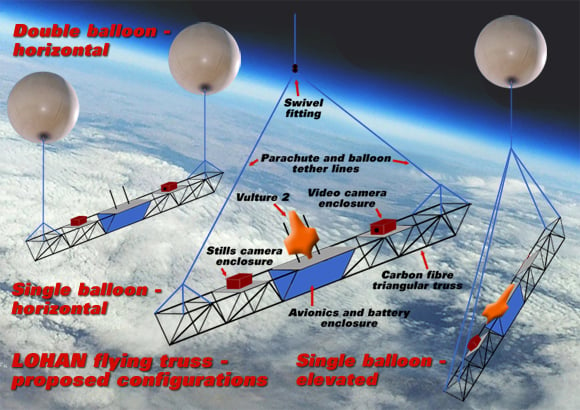 Well, in an attempt to save time and money, we first attempted to get off the ground using party balloons and a small bottle of helium bought over the interwebs.

The result had plenty of comedy value for local spectators, but showed a distinct lack of the Right Stuff: 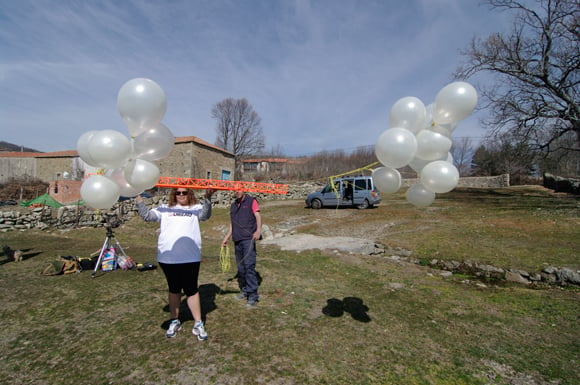 Cue a long drive to get a proper bottle of helium and some more substantial orbs, and apprentice boffin Katarina and Portuguese builder Rui (the latter temporarily seconded to the Special Projects Bureau from his bricklaying duties), were ready to roll: 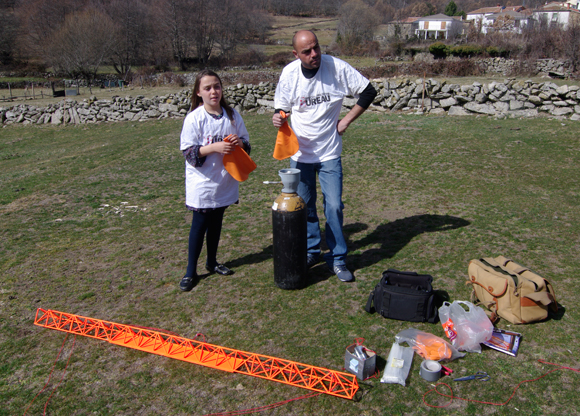 Mercifully, the flying truss flew at the second attempt... 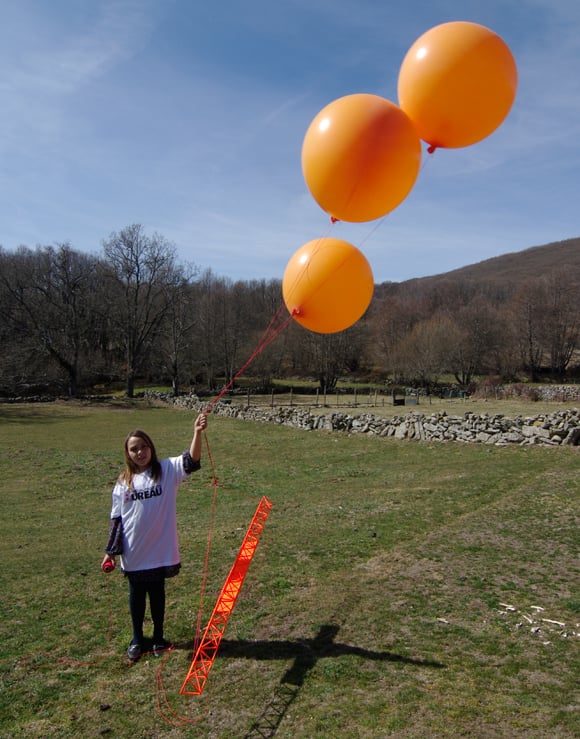 ...and here's a short vid of the helium-fuelled tomfoolery:

The verdict is this: one balloon to lift the truss, which will be angled upwards to the maximum possible inclination the diameter of the fully-inflated balloon allows.

And yes, since you ask, we can put a really long tether between the balloon and the truss to get the Vulture 2 as vertical as possible before launch.

So, how will the spaceplane be attached to the truss? You'll note in the pics and video that we suspended the truss with one flat face down – the opposite of how it's shown in the concept graphic above.

There's a good reason for that, because while supping a few ales last week we had a bit of a lightbulb moment as to how to mount the Vulture 2 underneath the structure, allowing it to launch freely without recourse to any form of release mechanism.

We'll have more on that on Friday, with a graphic to show how it'll work. In the meantime, our beloved reader experts are invited to speculate on just how we reckon we've cracked the problem. ®

Woke up on Wednesday, expecting a SpaceX launch? Surprise! It got postponed