An orbiting NASA probe has taken new and ultra-detailed pictures of an electric rover vehicle owned by a multimillionaire games developer and space tourist, left abandoned on the Moon after it broke down. 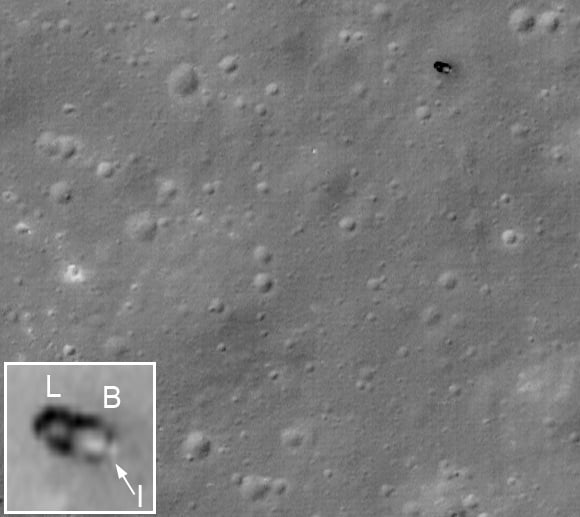 The probe in question is our old friend the Lunar Reconnaissance Orbiter (LRO), which has of late lowered its flight path so as to pass still closer to the Moon's surface. 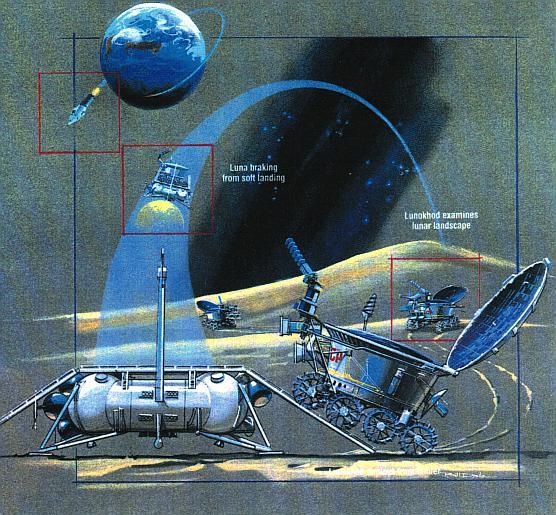 The electric rover is of course Lunokhod 2, which landed in the Le Monnier crater on the eastern wall of the Mare Serenitatis basin back in 1973. It was sent and operated by the Soviet space programme but it is nowadays owned by Richard Garriott (sometimes aka "Lord British") - the brain behind Ultima among other things - who purchased it at auction in the 1990s. Though Garriott has never so much as been in the vicinity of his moon car, he did get a little closer to it in 2008 when he visited the International Space Station as a paying tourist.

The two Lunokhod rovers were electrically propelled and operated over a near-real-time link by Soviet ground controllers. Their fliptop lids, kept open during the lunar day, held solar panels to charge their batteries. With the onset of the bitterly cold two-week-long lunar nights the rovers would halt and close the lids, keeping their tub-like interiors warm by the use of radioisotopic nuclear heaters.

Lunokhod 2 remains the record-holding vehicle of humanity in terms of distance travelled on the surface of a body other than Earth, having rolled 37km* before unfortunately getting Moon dirt all over its heat radiator assembly while scrambling over a crater rim. The resulting runaway overheating crippled the plucky vehicle and put an end to the mission. The exact location of its resting place remained a mystery until the LRO came on the scene – the Moon being poorly surveyed until then.

Since the initial discovery of Mr Garriott's lost, radioactive broken moon car, the boffins controlling the LRO have made it zoom still lower above the lunar surface (it can orbit very low due to the Moon's lack of atmosphere), furnishing us with this week's enhanced pics.

*Despite their much greater longevity and technical sophistication the more recent NASA Mars rovers Spirit and Opportunity have failed to beat Lunokhod 2's record thus far. This is due to the Martian sunlight being relatively weak, so that their solar panels can't generate as much juice: Spirit and Opportunity also make very little use of nuclear technology, meaning that much of their scarce 'leccy must be used in heaters - so leaving less for propulsion. The Lunokhods largely avoided this latter problem by the use of Polonium-powered radioisotope heating to keep themselves alive through the bitter lunar nights.

Spirit, now permanently offline, will never get the chance to beat Lunokhod 2's record: but Opportunity (which has rolled 34,361m in eight years) might manage it once the rover comes out of hibernation following the present Martian winter. The new and much more powerful NASA rover Curiosity, at present en route to the Red Planet, will almost certainly set a new record if it survives landing in a functional condition, as it doesn't use solar panels at all: it is entirely nuclear-powered and heated.