Review The portable screen market is now dominated by compact DVD players, smartphones and tablets, so if you want a teeny telly for watching live programmes on the go, there isn’t a massive choice. One contender is the DTV700B, a newly upgraded version of August’s low-cost 7in portable digital TV. 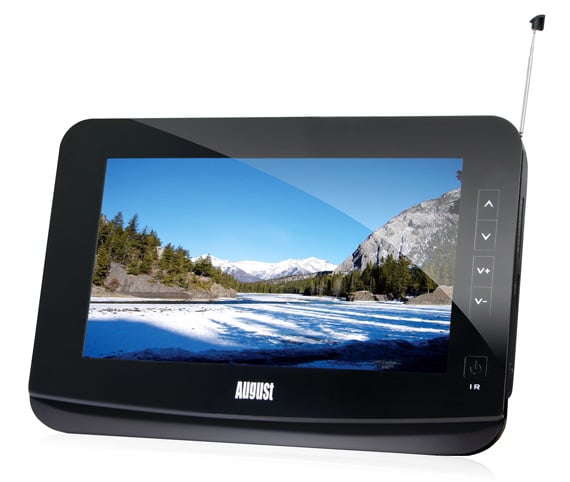 This revamped set offers a 20 per cent longer battery life and double the screen resolution compared to its forerunner, although the model number remains confusingly similar. One unusual feature for a TV of this size is built-in recording using USB disks or SD cards as its medium. Sadly it also has the all-too-common feature of not being very good.

The TV uses an integrated telescopic antenna or a small supplied plug-in aerial. Both are hopeless unless you are close to a high-powered transmitter. Even though my rooftop aerial gets a good signal from a post-switchover mast chucking out 200,000 watts, the DTV700B found nothing. When I took it to a different location 30 miles north it fared marginally better but it only got a fraction of the available channels and picture breakup made them unwatchable.

Slim and light but also plasticky in build quality

The manufacturer has a disclaimer saying, ‘Freeview reception is dependent upon signal strength, in some areas the provided portable aerial will not be sufficient for television viewing. In these areas connecting to a rooftop or amplified aerial may enable Freeview reception.’

To be honest this is unsurprising, though if you have to attach a larger indoor aerial, including amplified ones, or wire up a rooftop antenna, then this television starts getting less and less portable. 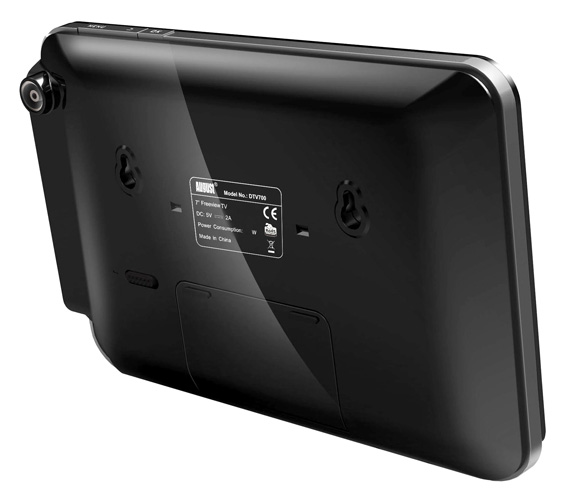 Indeed, it is more suited for the likes of caravans or kitchens – note the ‘egg timer’ function. It can be hung on walls or – with an optional mounting bracket – under cabinets. Connected to a full sized aerial it works well enough as a small, conventional LCD telly but lacks interactive ‘red button’ services. However, subtitles are supported. 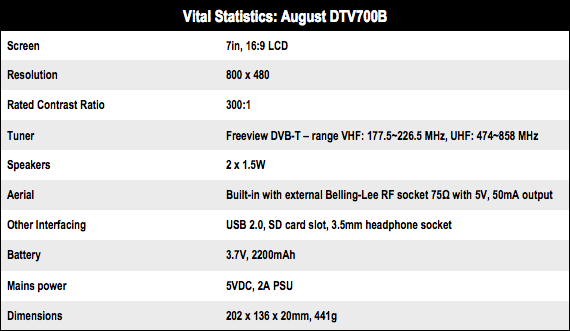