Review At the core of zombie fiction lies a deep-seated sense of hopelessness and inevitability. That no matter how hard you fight, no matter how many lucky escapes you pull off, and no matter where you flee to, your eventual, grisly demise is assured by the indomitable Pepé Le Pews of horror. 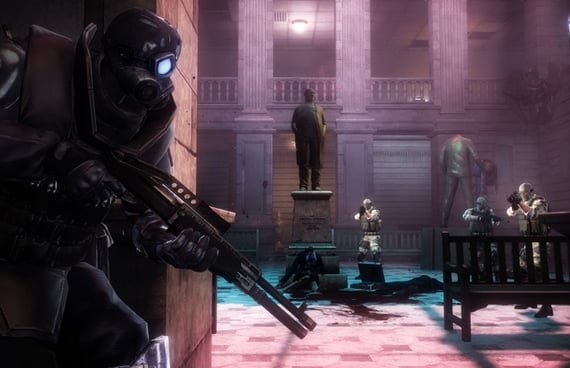 Is statue hiding behind there?

That central theme remains so compelling that zombies still manage to draw a crowd despite their decade-long onslaught on gaming, cinema, television and, more recently, the real world. But while it's given us such undead gems as Left 4 Dead, REC and Walking Dead, it's also seen a relentless horde of Diary of the Deads, Land of the Deads (sorry, Romero) and Dead Islands rise up to eviscerate the genre.

A hopelessness and inevitability now surrounds the genre itself, then: that zombie fiction will eventually, and rather appropriately, eat itself. 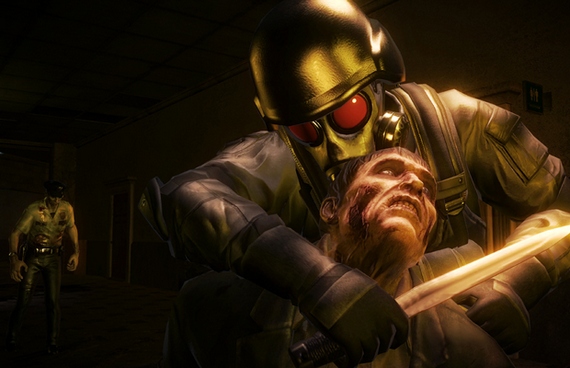 In practice, however, it's little more than a new SOCOM re-skinned with decomposing, ambulatory cadavers – and an achingly average one at that. 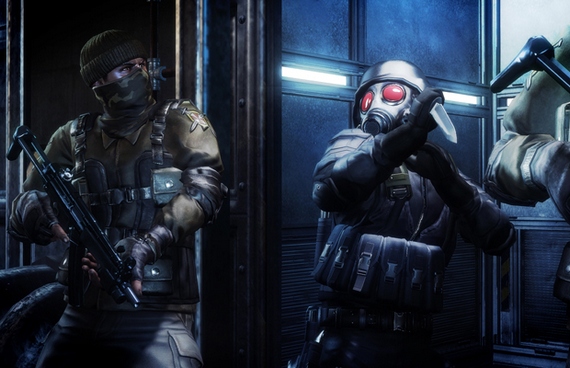 It certainly looks like a Resident Evil game. A side-story to RE2 and RE3, Six Slant Games' recreation of Raccoon City at the height of the T-Virus outbreak is remarkable for its attention to detail. From familiar landmarks – such as the police station and underground lab – right down the burning police cars and ambulances strewn about the city streets.

Next page: When in roam
Page: