You pay, I save the day. Simples!

¡Bong! [After a minor accident snowboarding in Tignes this week, Mr Bong has submitted a shorter column than usual. Thank the Lord - ed.] 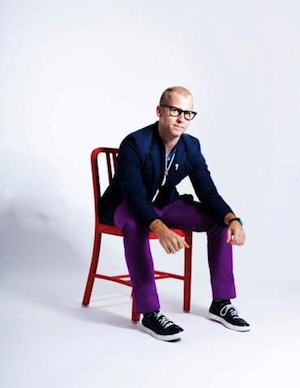 There was the usual kvetching from backward-looking naysayers and cynics after Wired covered the Shoreditch Tech scene this week. The reporter disclosed that in order to impress the organisers of the Le Web conference, taxpayers had forked out for a special food-tasting session to woo the French. Introduce them to British food, calm their nerves.

Damn right they should. The FRENCH are justifiably proud of their cookin' - whodayathink invented French Fries? - and even more proud of their bottled water - the classiest, bubbliest water brands in the world.

Special visitors to Bong Ventures will know that I only stock Puyehue water, drawn from the Cordón Caulle geothermal area in the Andes. Unfortunately not everyone gets to drink this - pitchers, bootstrappers, workspacers and the startups I fund must use the pop machine downstairs (£2 coins only).

Le Web organisers truly are Les Grandes Frommages (thanks with the ling, Lafayette!) so you gotta impress them. It worked. Look at this amazing speaker line-up and tell me it's not worth it. Not just Scoble AND Arrington BUT ALSO Bradford Shane Shellhammer, the Chief Creative Officer of Fab.com.

Still, I am impressed with the way Wired's journo Olivia Solon reported this expenditure of public money, a potentially awkward factoid. Instead of crying ner-ner-ner-TAXPAYER-SCANDAL to the dead-tree media, she quietly buried it on page 2 of the story. Nobody noticed.

Classy work, girl. I think Olivia is more than capable of filling the void left by Ophelia Whimsy (now on maternity leave). She has talent, but most importantly of all: BELIEF.

As you know I'm a great supporter of bringing new networked ideas to government, particularly the Gov 2.0 initiative - which is "DIGITAL BY DEFAULT". One example of this is the Open Data campaign. For me, Open Data shows how the power of the internet breaks down old industrial paradigms.

In the days of factories and making stuff and selling it, an entrepreneur had to pay for his raw materials. Now, in the post-industrial networked economy, entrepreneurs get somebody else to pay, and use it for free. And FREE, as you know, is the most RADICAL price there is.

But why stop there? We need to marry the power of Open Data to the processing power of Moore's Law and its ability to tap into Big Data. 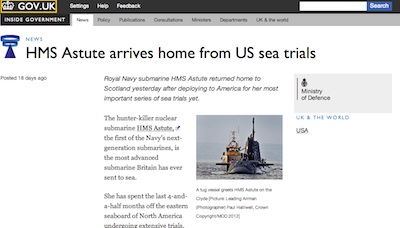 Last week I highlighted a fabulous Gov 2.0 BETA example of making the Royal Navy's ship movements open and social. I got some fantastic feedback on this which I've passed onto the Digital by Default team. I'll share it with you here.

I read with great interest your article that the HM Royal Navy is to make some of its ship movements open and social. I too am great supporter of Web 2.0, networked web and radical transparency, as I read in Wired from Señor Scoble.

I would be grateful if you could request of your government to publish in real-time location information of the following classes of vessels operating in the South Atlantic and within 200 miles of the Islas Malvinas.

We would prefer RSS format and will reciprocate, however I warn you old Web 1.0 code may cause parsing errors. My technics team can help with this.

I am also getting some cool Tweets from a guy called Ahmadinejad, requesting similar info. Well, this gave me an idea. I think all this could be massive.

All the world's ship movements in real-time, available to anyone with an iPhone app (powered of course by Bongverts, a Bong Ventures backed advertising and engagement platform). Pretty soon there would be no need to fight or spy. Radical transparency enforced by the crowd!

Not that I want to compare myself to some of my heroes, like Hank Kissinger and Nelson Mandela - but can you spell N-O-B-E-L P-E-A-C-E P-R-I-Z-E? The Bongster is not one for awards but that's a piece of bling I could wear.

So c'mon. We've got world peace in our grasp - the permanent end to all fightin'. Thanks to the web - and the great entrepreneurial spirit that Shoreditch embodies. Let's not throw it all away.