Review Let's face the elephant in the room first. The 'New iPad Wi-Fi + 4G' as Apple calls it - I'll use iPad 3 - may be branded 4G but that's eff-all value to us Brits. The tablet's cellular radio doesn't work with the frequencies being proposed for UK 4G communications.

But let's be honest, that doesn't matter, for a couple of reasons. First, there are no commercial 4G services in the UK to hop onto even if the iPad 3 could reach out on the right wavelengths. Second, by the time there are, we'll be on to the iPad 4, possibly even the iPad 5 - 'New New New iPad', anyone? - and that almost probably will support 4G networks in the UK.

So it's important not to get hung up on that '4G' label. Think of the New iPad 4G as the New iPad 3G and get on with your life. Since you're paying no more for the new tablet's cellular data hardware than you would have done for the old one, that's a very easy point to get your head around. 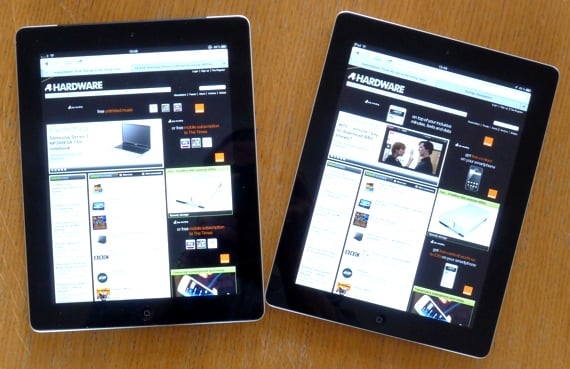 From a distance, who'd know the difference? Clue: the iPad 2 is on the left

The iPad 3's compatibility with 3G HSPA+ data links means it's darn quick in most parts of the world - or as quick as local radio conditions and the speeds networks actually run to, which don't always reach what the technology is capable of. And it still supports GSM Edge for everywhere else.

You'll also get the same GPS functionality, irrespective of the radio in use, something absent from the Wi-Fi only iPad 3, which has to use triangulation to work out where it is. But I suspect that's sufficient for most iPad users, leaving the GPS hardware in the Wi-Fi + 4G model a nice-to-have rather than a necessity. 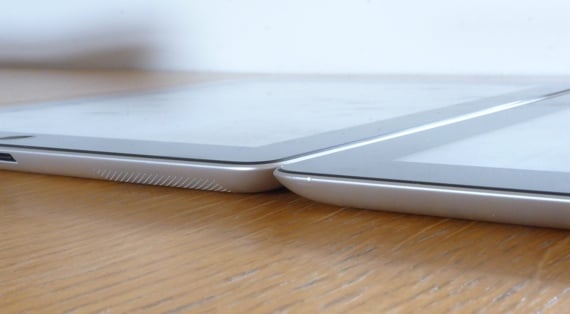 The new one's barely any thicker

The extra circuitry adds 10g to the cellular iPad's weight, but I defy anyone to be able to feel it. Weight is important, though, for its over-time arm straining capability, and I think that is an issue here. The new iPad is less comfortable to hold for long periods than its predecessor was. 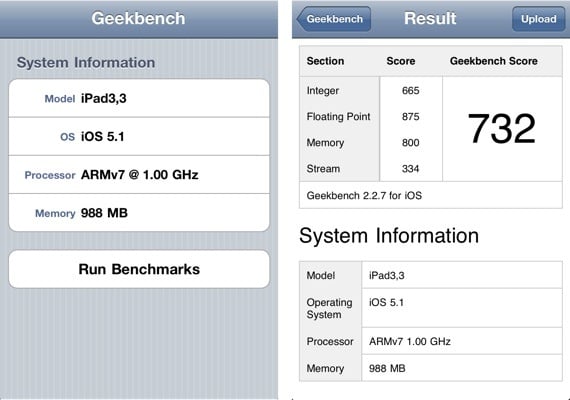 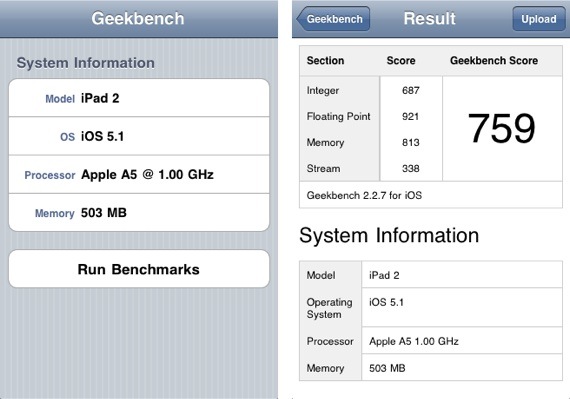 What a performance: iPad 3 (top) and iPad 2 (bottom) in Geekbench 2
Single benchmark run after hard restart