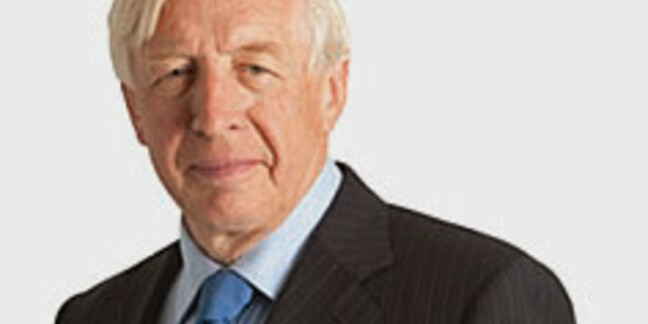 More can be done to streamline digital copyright licensing, says Richard Hooper, who has been appointed by the government to investigate it. However, in a sharp rebuke to the Shoreditch nontrepreneurs – and by implication the government – he said many of the whinges the study has so far heard from webtastic startups about the difficulties of licensing were unjustified – and many simply reflected their unwillingness to pay for stuff. 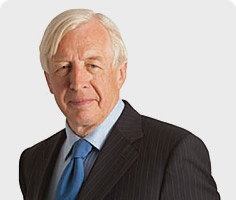 Hooper, the former Ofcom deputy chairman who led the 2008 review into the postal business, has been given the job of leading a feasibility study into a Digital Copyright Exchange – basically a digital rights' swap shop, or database, in which participation would be voluntary. It's intended to lower transaction costs, and make the licensing of copyright material easier.

This idea was proposed by Ian Hargreaves in "the Google Review", the exercise launched by David Cameron at Silicon Roundabout in November 2010. The exchange is the one idea everyone likes or at least can live with – and it may be the only idea that survives.

The Publishers' Association and photographers' rights group Stop43 have proposed digital copyright exchanges, for example, the latter dealing with the so-called orphan works "problem". Hooper reported on the first phase of his investigation yesterday.

Copyright licensing processes in the UK compare well with other countries in the world. There was no evidence of significant problems in the computer games industry, the public performances/theatre sector, nor in the corporate use of copyright licensing, for example newspaper cuttings and their digital equivalents. But we did identify problems in a range of other market segments and industry sectors.

He didn't spare the music industry, and is clearly perplexed that two performance rights societies are needed to collect royalties from premises in the UK. Historically this is because a sound recording has two copyrights – one for composers and one for sound recording – but shopkeepers don't need to know this, he implied.

What is stopping the two collecting societies doing joint licensing for the thousands of small businesses that play music, thus cutting down on expense and unnecessary consumer and political aggravation?

He noted that the PRS, which collects royalties on the copyright for composers, and the PPL, which collects royalties on the sound recording and distributes it to the recording owner and the performers, are doing more joint work. He noted that both societies were more efficient than most equivalents overseas, and the PRS noted a Global Repertoire Database (GDR) would be in place to instate easy licensing within two years.

However he added that most music-industry bashing was out of date and irrelevant:

This study believes that much of the criticism of the music industry is a left-over, a residual echo, from the past.

Hooper wryly notes that while each sector thinks its own copyright licensing is up to date, every one of them believes every other sector isn't. He said he was looking for areas where licensing is expensive, difficult to use or access, royalty transfers are opaque, or where individual media types are in silos. He rejected the idea of an uber-database that would encompass anything, however, and commended the Linked Content Coalition for seeing beyond the "silos".

He reserved the harshest words for the special pleadings made on behalf of web startups, which were represented on the study panel by Jeff Lynn, the American who runs the two-man lobby group Coadec, along with Silicon Roundabout booster Mike Butcher. (Google and Yahoo! fund the group). The whole point of the Hargreaves Review was to "modernise" copyright so Britain could "produce the next Google", said Prime Minister David Cameron.

"The future of Britain’s economy depends largely on the digital innovations occurring among the Silicon Roundabout community," Lynn has said. Shoreditch startups are Google's beard – since the IP review was announced, the Chocolate Factory has chosen to use front groups such as Coadec to advance its arguments, while remaining discreetly in the closet itself.

But here's what Hooper had to say - with our emphasis added:

The study received a lot of assertion but less hard evidence that digital start-ups were being stopped by copyright licensing processes in the music industry. Where there was evidence, the complaint often seemed to be more about the prices being charged and the advances demanded than the mechanics of copyright licensing.

Bye bye MP3: You sucked the life out of music. But vinyl is just as warped

Something for the Weekend, Sir? You scratch mine, I'll scratch yours

Linkfest We present all the contested patents

What took you so long, BlackBerry? Facebook BBM suit is way overdue

Guys, this Black Mirror episode is really long and too realistic

'Siri, why do I need another peripheral when I can just ask you questions directly?'