James Tour, a polymath chemist at the university working at the Tour Lab - he is also a professor of mechanical engineering and materials science and of computer science, as well as Rice’s T.T. and W.F. Chao Chair in Chemistry, revealed the see-through memory chip an an American Chemical Society meeting in San Diego. 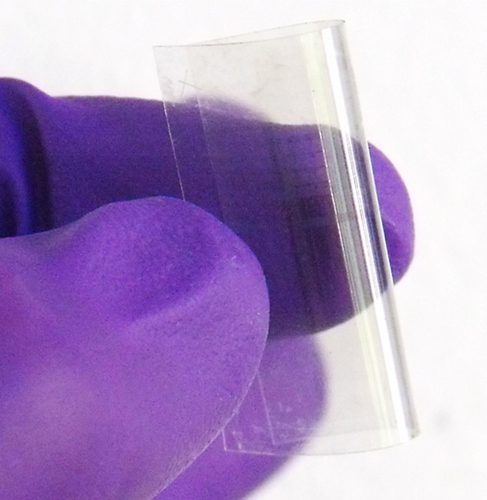 Tour said: “Generally, you can’t see a bit of memory, because it’s too small [and] silicon itself is not transparent. If the density of the circuits is high enough, you’re going to see it.”

A 2010 discovery showed that "pushing a strong charge through standard silicon oxide, an insulator widely used in electronics, forms channels of pure silicon crystals less than 5 nanometers wide. The initial voltage appears to strip oxygen atoms from the silicon oxide; lesser charges then repeatedly break and reconnect the circuit and turn it into nonvolatile memory. A smaller signal can be used to poll the memory state without altering it."

The Tour Lab has made a 2-terminal prototype device stackable in a 3D config attached to memory The Rice lab has since developed a working two-terminal memory device that can be stacked in a three-dimensional configuration attachable to a flexible substrate, giving us a bendy transparent memory.