Keep your iPhone topped up

Accessory of the Week If you’re anything like me and use your smartphone for everything from arguing on Twitter to watching the latest episode of Homeland on the train to work, you’ll find yourself re-charging its battery daily. 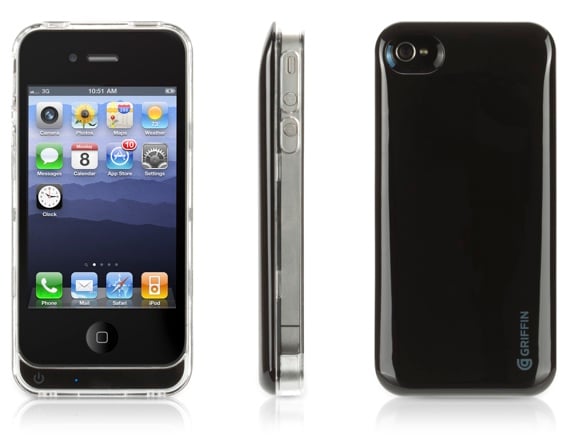 Forget to do it, and you’ll run out of steam, just when you need to make that important call or fire off that hilarious Tweet that’s just popped into your head.

Griffin’s battery case aims to solve that. It provides a robust hard-shell case for an iPhone 4 or 4S and, when fully-charged, gives you hours more battery life.

Griffin says that the Reserve will provide up to 9.5 hours' power for listening to music, 5.4 hours for watching video and 3.1 hours for making calls. That’s about 65 per cent of the iPhone's own battery capacity.

It comes with a micro-USB-to-USB cable for charging and two interchangeable frames: one black and one transparent. When you plug it in with the iPhone in situ, it charges the phone first, then its own 1450mAh battery. 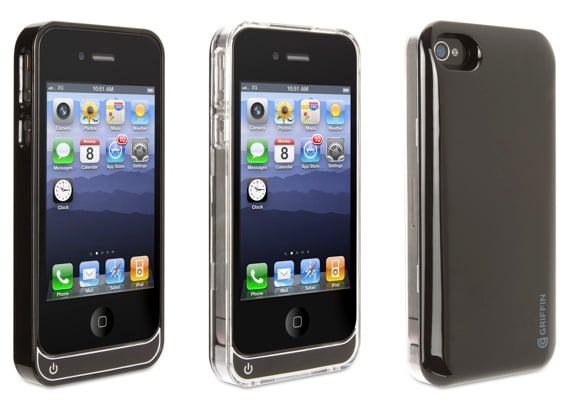 There’s a handy LED gauge to show you how far it’s charged and a power button so that you can switch it off when you don’t need it. It adds very little bulk to the iPhone so you can happily leave it permanently attached, though you’ll need to remove it if you want to use the Dock connector for anything else - it's one downside.

Robust, aesthetically pleasing and unobtrusive, this is the best battery case I’ve seen yet. If you find your iPhone running low on power regularly, it’s well worth considering. ®

An attractive case with an extra battery to boost your iPhone's runtime.
Price: £40 RRP