How to firewall off your website - the wrong way

Security giant Check Point failed to renew its dot-com domain name on time over the weekend. 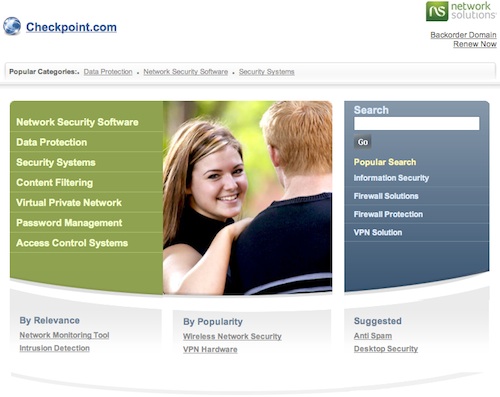 Screen grab of the Check Point (or should that be Chick Point?) cock-up. Click for larger

As a result surfers visiting the Checkpoint.com site were confronted by the above holding page, with links to backorder or renew the domain from Network Solutions - rather than the usual corporate blurb about Check Point's firewall, VPN and other security products. Records show the domain expired on Friday, 30 March.

The web server behind the IP address corresponding to the domain - 216.200.241.66 - was also responding slowly. The site is now back online as per normal. ®

A tip of the white hat to Reg reader Nicola C for telling us about the issue.