Android App of the Week Those of you with six-packs, biceps of iron and a physique from a eugenicist’s wet dream can stop reading now. For the rest of us, who have been planning to “get fit” next week, next month or next year, Runtastic’s Push Up app may be just what’s needed to whet our blunted purpose.

The idea behind this app - like all the best ones - is simple. Tell it your age, weight and height, and it creates an exercise regime that in eight weeks should see you doing 100 push-ups. At the moment, it takes me eight weeks to do 100. 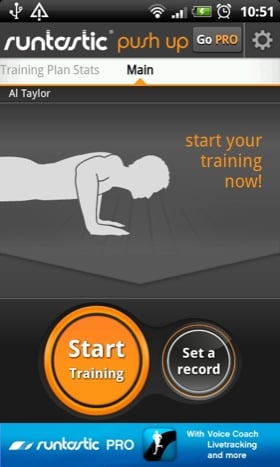 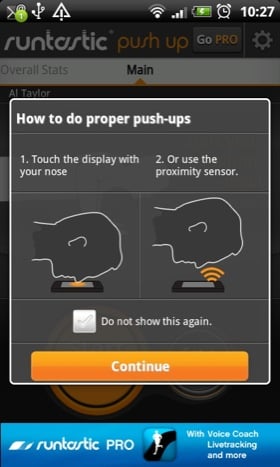 The app offers some handy videos about how to do push-ups without running the risk of doing yourself a serious injury. It’s just basic stuff on position and breathing but handy for gym-phobic slobs like me.

Initial work outs are fairly gentle: do four, rest for 45 seconds, do five, rest for 60, that sort of thing. As time passes, it naturally gets more strenuous. 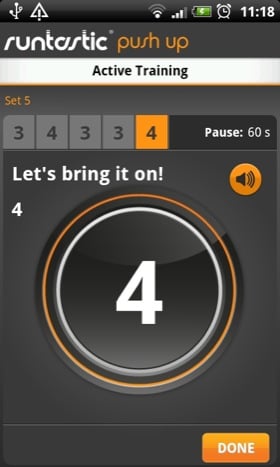 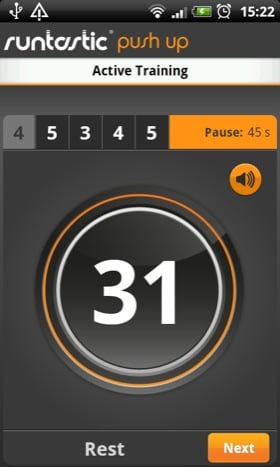 The app's not entirely free of silly slogans (left), presented as you're guided through your daily routine (right)

The app also gives you days off - when I went back for more punishment on day two, the app told me to sling my hook for 24 hours.

The vocal coach is thankfully restrained - I had fears of some horrific White Goodman affair telling me to feel the burn and push through the barrier and such codswallop. It simply tells you when to rest and how many push-ups you need to do in each session. 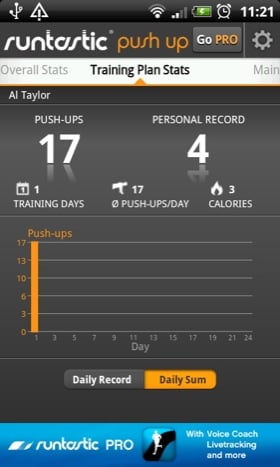 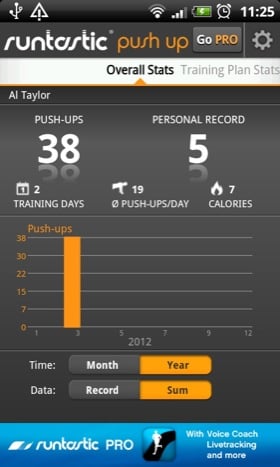 The clever bit is that app automatically records how many push-ups you have done so you don’t have to worry about keeping track while lying on the floor gasping for breath and wondering if your heart has stopped.

Each push-up is registered by either touching your phone’s screen with your nose or by using its proximity sensor. I found that the sensor on my phone didn’t work very reliably, but anyway, tapping the phone with my hooter was far more satisfying. 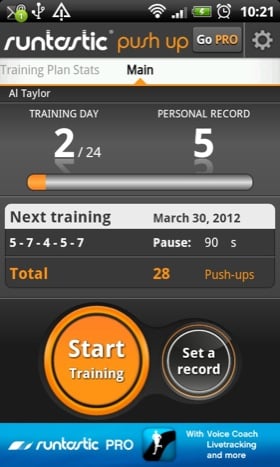 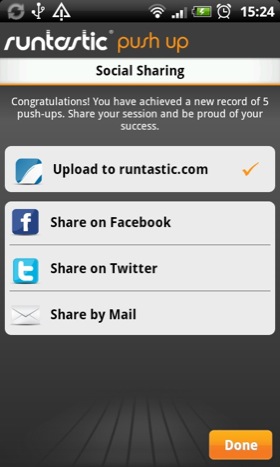 It's Training Day - but I'm not built like Denzil Washington yet

As well as the standard version of the app there’s one for the lasses, which aims to give you “beautiful upper arms” in six weeks and presumably offers hints on how to keep your breasts out of the way, though that’s advice I could probably use to.

The ad-supported version of the app is free while the slightly expanded Pro version will set you back £1.49. Does it work? Ask me in eight weeks, but remember here at Reg Hardware we're better than you, and we know it! ®