So 'app' isn't short for Apple then?

Photo-bleaching camera app Instagram has notched up more than a million downloads in its first 24 hours on sale in the Android store.

But the rush of new fandroids posting sepia-toned snaps of their breakfast has pissed off Apple fanbois, who have moaned that the pic-sharing side of the app is becoming too crowded. 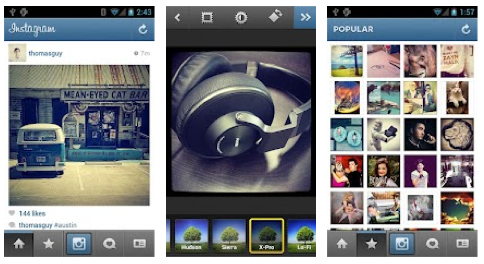 Named Apple's App of the Year in 2011, freebie Instagram became one of the most successful apps ever by clocking more than 30 million users on iOS since its launch in October 2010. Opening up access to Android users – which comprise 49 per cent of the smartphone market with sales of 237.7 million in 2011 – opens up a potential Insta-audience of hundreds of millions.

Judging from their enraged tweets, iPhone hipsters are upset at the influx of newbies because their own Instagram photo streams have become swamped by Android punters excitedly posting dozens of photos of their desks, cats and so on, slowing the app down. As one said on Twitter:

Comparing the move to Section 8, the US Housing initiative that brought people on state housing benefits into privately owned properties, PLAY4TEAMIPHONE said:

Fuck them Android "Instagram" users slowing ere'thang the fuck up for the iPhone heads #ThisMeansWar.

Some expressed surprise at the degree to which iPhone users felt affected by the change:

I didn't realise people with androids getting instagram was affecting iPhone users day to day lives so much... Wow.

Founded by Stanford grads Kevin Systrom and Mike Krieger, the company has 12 employees and $47.5m in investments. The firm has said it has plans to "experiment" with actually making money.

Combining the human desire to document the cuteness of their pets with a series of colour filters which make the resulting crap photos look good and a constantly streaming photo social network, Instagram seems to have hit the sweet spot in the app market. ®