'Don't break the internet': How an idiot's slogan stole your privacy... 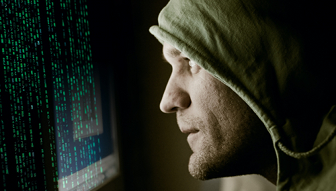 The demand that government regulators not "break the internet" has
become a powerful propaganda tool to avoid property rights being
attached to digital objects. Image via Shutterstock

Six years ago, the newspaper industry began to develop a protocol that would allocate permissions to documents. The idea wasn't to block content, or wrap it in DRM, but to allow machines to read who owned a document. The protocol was the Automated Content Access Protocol, or ACAP. We described it here as "a system that governs how machines, not humans, handle content", similar to the way that Creative Commons is a machine-readable system of permissions.

It's important to stress that ownership and permissions allow social contracts, and institutions to be built on top of them. The GPL is an example of just such an institution. Libraries, it's worth remembering, are another.

In the library system, the ownership of the work doesn't change. The remarkable 1850 Libraries Act didn't mention copyright – and didn't change it at all – it merely gave local authorities the power to raise taxes to create public reading rooms. It didn't enact a compulsory purchase order on author's rights; it wasn't necessary. Libraries and the GPL are both possible because of strong property rights.

According to Young, ACAP initially won a positive reception from Google, because it was "seen as a way of solving a sticky problem without having to legislate – and avoided lots of awkward issues like DRM." ACAP was the kind of thing politicians like; it saves them from passing more laws.

Google then got on board and assigned a techie to help develop the syntax. HTML tags were the natural choice, but Google insisted otherwise.

Mark Bide, a veteran consultant who advises publishers on metadata and other technical issues, takes up the story.

"The Google engineer wanted to use an old 1990s format, Robots.txt, the Robots Exclusion Standard. He said if we didn't work in this old format, no one would be able to comply with it," Bide told me. "So rather against our instincts - because it's an awkward syntax - we said we'll work in that format." Duly, version 1 of ACAP was published.

Then the team began to hear something odd: Google was briefing Whitehall. Google began to tell people terrible things would happen if permissions were attached to documents.

"It came from government officials, who told us that while they liked the idea of ACAP they had been told that it would 'Break the Internet'," Young remembers.

"None of them wanted to go down in history as the person who unwittingly 'Broke the Internet', and none of them were geeky enough to ask even the simplest questions to explore the substance of this ludicrous claim, or willing to facilitate a conversation which might lead to an answer," recalls Young.

"At present it does not fit with the way our systems operate," he said in 2008. Which is interesting, because it was Google that had insisted on ACAP being in robots.txt.

There are several possible reasons for Google's briefings. Bide suspects that with Google's ongoing skirmishes with newspaper publishers, it feared any co-operation on ACAP might be construed as an admission of liability.

"To accept that people could tell you not to do it was to accept that doing it without permission was not entirely legitimate."

If that's true, short-term arguments won out over long-term benefits of market building. If Google designed the protocol that created a global content marketplace for newspapers and magazines, it would be in the platform position it so craves. It may yet be, as the ACAP work continues; it's not going away.

But the exhortation not to "break the internet" has become a rallying cry and a powerful propaganda tool to avoid property rights being attached to digital objects. It seems that any attempt to create ownership is catastrophic, at least in some people's minds.

Lawrence Lessig, for example, has used the phrase many times over the years – have a look here on Terry Hart's Copyblog for a great collection of "Breaking the Internet" moments. (See also here).

Bide also notes how the phrase "breaking the internet" is quite artfully constructed. It's beautifully ambiguous. To us techies, who know how robust it is, breakage is a cataclysmic event – it implies something on the scale of a complete power out. But the phrase can be whispered to a non-techie with the meaning that the "the internet will change". The non-techie doesn't really know how robust the internet is, in reality, and so the warning becomes apocalyptic. Because Google managed to maintain a monopoly on policy-makers' ears, it was able to carry off the deception. But that's by the by – let's see what this means for privacy.

Next page: Digital things with no properties
Page:
Corrections Send us news
103 Comments