In addition to the new chipsets, Intel also announced that it has added new 7-series motherboards to its mobo line. 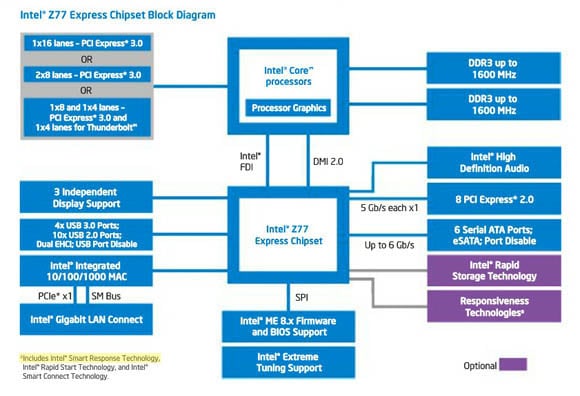 The two chipsets, both formerly code-named "Panther Point", are essentially identical, with the core difference being that the Z77 Express also supports Intel's Smart Response Technology (also supported by the current Z68 Express chipset for 2nd Generation Core processors), which allows an SSD to act as a cache for a system's hard drive, with both sharing the same "drive letter" identifier.

Smart Response, Intel says, "learns" which apps and files you use most frequently, and loads them onto your Windows Vista or Windows 7 machine's SSD for quicker retrieval and loading.

Green-minded users will appreciate the fact that both chipsets are manufactured with lead-free and halogen-free component packages. More details of the Z77 and Z75 can be found in a downloadable product brief. ®