The home of the future is a staple of both speculative fiction and comedy. Back in the 1970s, Frank Spencer caused havoc in an automated home during an episode of Some Mothers Do 'Ave Em.

For some of us, the enduring image of home automation is either Michael Crawford chaos, worthy but dull X10 electric curtain openers, lights that turn on and off when you’re not there, or high-end systems that can manage everything from lighting and audio to collecting the post for you.

Most of us, of course, can’t afford the money for the kind of top-of-the-line installations offered by a company like Grahams, but that doesn’t necessarily mean that home automation has to be limited to a few remotely controlled lights and power sockets.

These days, it’s much easier than many people imagine to achieve a fairly wide degree of home automation of one sort or another, without breaking the bank of leaving your visitors so confused when trying to figure out how the AV system that they end up lying on the sofa in the dark listening to the radio instead.

One of the most well known – if rather long in the tooth – technologies for home automation is the X10 protocol. Developed almost 40 years ago in Scotland, it sends control data over mains wiring during the zero crossing points of the mains signal. There’s a radio version too.

But with its 16 "house codes" and a maximum of 16 devices per "house", for a modern home with mood lighting, sensors and plenty of devices to control, the effective limit of 256 items that X10 can handle may cause problems for the more teched-up of us.

Set against that, there’s now a huge range of X10 modules available from suppliers such as UK Automation. 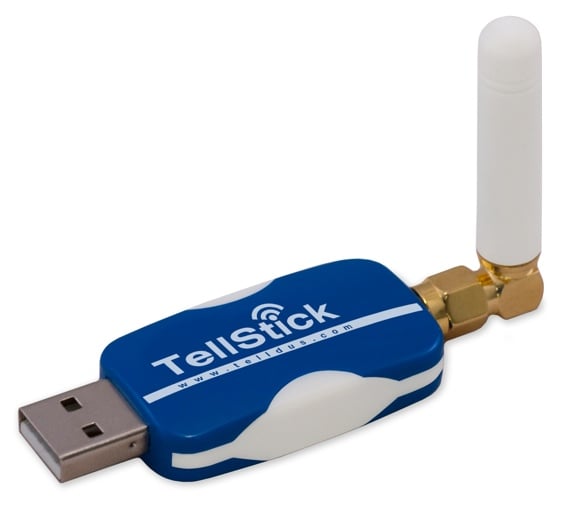 By comparison – especially for the UK – there’s still a fairly limited selection of modules for some of the more modern X10 alternatives, such as the mesh radio-based Z-Wave or the newer Lightwave RF.

Then there are the various remote control power sockets, switches and dimmers that you can find in DIY stores. You might think that these are standalone, but in fact a reasonable number of them can be controlled using devices like Telldus Technologies’ £50 USB TellStick, with iOS and Android devices operating as touchscreen remotes.

Next page: But what’s it for?
Page: