Set-top stop-gap for the 'iTV'?

Review Well, at least we can get the hardware over and done with quickly. The latest Apple TV looks exactly like the old one, and it's innards aren't really any different either. 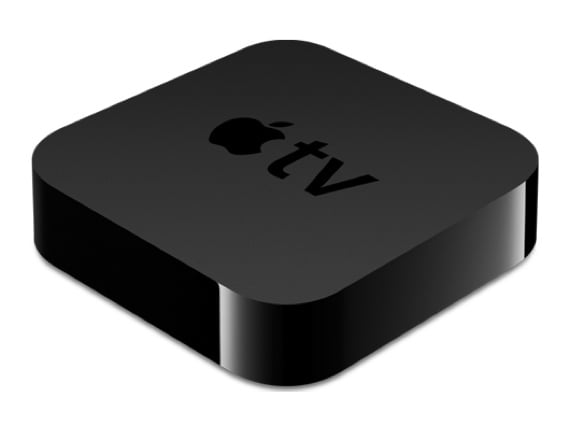 Box steady: no change to the look, little to the spec

For the record, there's an A5 processor on the inside in place of the previous model's A4, but that's effectively it. There are some small changes - there's no need to take it apart yourself, the very capable team at iFixit have already done so - but nothing that makes an appreciable difference to the user experience.

The 3G ATV's A5 chip is a single-core part, Apple having selected it over the A4 for its superior GPU. It's this that allows the ATV to play 1080p HD content, the new box's only functional improvement over its predecessor. 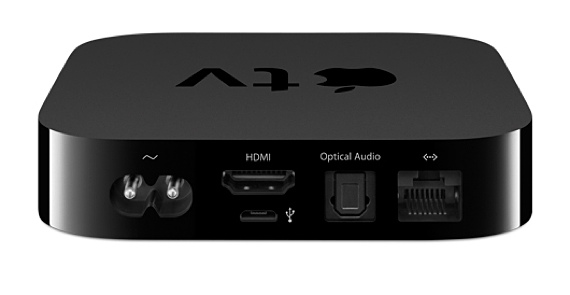 Not overflowing with ports, but enough to be getting on with

There's an HDMI connector to hook the ATV up to a telly, and optical audio for AV equipment. Apple doesn't bundle connector cables - you do get one of its slim, sexy metal remotes - as much to maintain the compact packaging aesthetic as a money-saving move.

Another cost-efficiency trick: incorporate a 10/100Mbps Ethernet port rather than Gigabit. But most folk will use the on-board 802.11n Wi-Fi adapter - it works in both 2.4GHz and 5GHz bands - and those that don't will probably, like me, use 200Mbps powerline technology to reach the router, and that runs at under 100Mbps in any case.

The remote is slick

The 3G ATV's most visible change is yet another UI. This is clearly where the ATV really is Apple's hobby project. Sure it's a set-top box for the rest of us. But it's also Apple's TV UI testing ground. 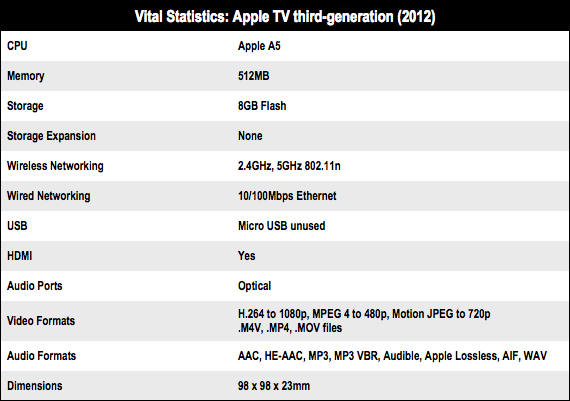