Boffins are now even more puzzled about where high-energy cosmic rays come from after a new study showed that gamma ray bursts are probably not to blame. 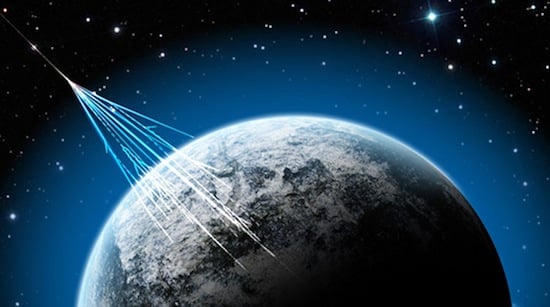 Astroboffins only had two theories about what causes cosmic rays, which regularly penetrate Earth's atmosphere: huge explosions out in space or supermassive black holes.

Now an international group, made up of no fewer than 250 physicists and engineers, says that the suspected gamma radiation bursts are unlikely to be the source for cosmic rays because they couldn't find any neutrinos emitted from the mother-of-all space bangs they observed.

Cosmic rays are electrically charged subatomic particles with energies of up to one hundred million times more than those created in manmade accelerators such as the Large Hadron Collider. A gamma ray, meanwhile, is high-energy electromagnetic radiation that's harmful to life.

Using the IceCube Neutrino Observatory at the South Pole in Antarctica, the boffins watched 300 gamma ray bursts (GRBs) while searching for the neutrinos that are believed to be linked with cosmic ray generation, and found none.

"The result of this neutrino search is significant because for the first time we have an instrument with sufficient sensitivity to open a new window on cosmic ray production and the interior processes of GRBs," said IceCube spokesperson and University of Maryland physics professor Greg Sullivan in a canned statement.

"The unexpected absence of neutrinos from GRBs has forced a re-evaluation of the theory for production of cosmic rays and neutrinos in a GRB fireball and possibly the theory that high energy cosmic rays are generated in fireballs." 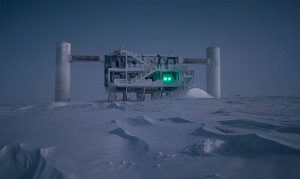 The IceCube observatory spots neutrinos by the faint blue light they produce when they interact with ice. It's basically a cubic kilometre of glacial ice equipped with more than 5,000 optical sensors.

This is the best way to "see" neutrinos because they can easily pass through other matter, including people or the whole planet, without leaving a trace.

Of course, being scientists, this study's boffins aren't willing to completely bin the GRB theory yet - instead they're getting the IceCube detector to collect more data first.

"Although we have not discovered where cosmic rays come from, we have taken a major step towards ruling out one of the leading predictions," said IceCube's principal investigator Francis Halzen of the University of Wisconsin.

The study was published today in Nature. ®