Look back in Ascii: Computing in the 1980s

When computing was truly personal

Meanwhile, Douglas Adams, my predecessor as Doctor Who Script Editor, hating his IBM Selectric Golfball typewriter, had gone back to a manual typewriter. I tried to persuade him that computers were the thing, and he managed to blag a DEC Rainbow, which he came to hate even more than the Selectric. Douglas was no Luddite, just a guy looking forward to the day when computers might become usable. That didn't happen for him until 1984 when the Macintosh arrived. 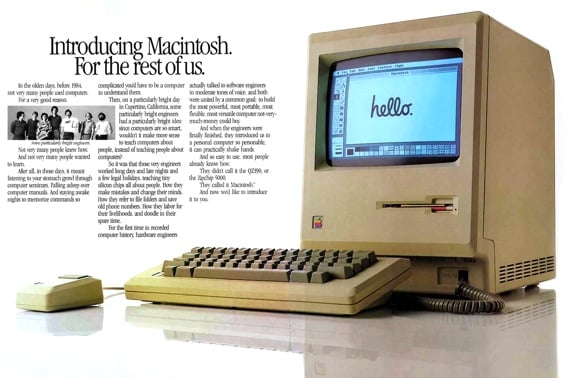 In the interim, I'd abandoned CP/M for MS-DOS, running on the Olivetti M 24, a legendary 8086 machine that was the first of the true IBM compatibles. I'd managed to borrow it from Olivetti as a long-term loan, an arrangement that involved regular visits from a rep who kept threatening to take it away. He never did, but by now I'd written enough reviews for Practical Computing to win the honour of being the first journalist in the UK to receive one of the new Macs.

The Mac had a crisp black on white - albeit tiny - display able to show print-quality fonts. It was certainly a huge change from the other computers in the field, but you didn't need to use it for more than a week to discover that its memory limitations - just 128KB - made it more or less unusable. The 512KB version released later that year was more practical, and in 1985 Aldus Pagemaker for the Macintosh arrived, heralding a new era of “desktop publishing”.

It wasn’t long after the Mac was installed that I was hooking up my first modem and watching the glowing green characters coming up on-screen almost as fast as I could read them. 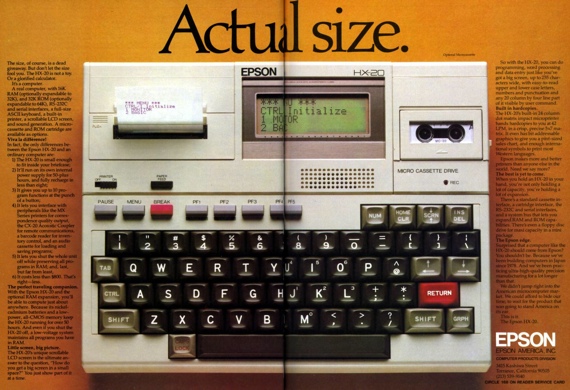 Why Epson thinks you should have an HX-20
Source: Ganjatron

In the second half of the 1980s, modems attained a heady 9600bps — surely as fast as you’d ever need for character-based communication. But following the lead of the Mac, Windows stumbled onto the scene in its 1.0 version (1985) and 2.0 (1987), with its data-bloating graphics. Speedwise, this put us more or less back to square one. Or would have done, if Windows had been more than half-way usable.

Computing all through the 1980s was mostly about sitting at a desk. But in 1982 I managed to get hold of one of the very first true laptop computers, the Epson HX-20. It had a tiny screen, but the whole thing was no larger than an A4 notepad, and even included a small till-roll printer. On foreign visits I sometimes used this to file my copy, stuffing the printout into an envelope and mailing it to my editor. 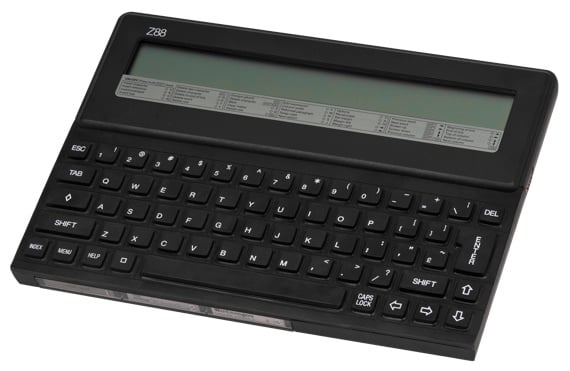 I fooled around with various other laptop-style computers during the 1980s, but the one that really caught my imagination, in 1988, was Clive Sinclair’s Z88. This lightweight, A4-sized portable had a monochrome eight-line LCD screen the shape of a letterbox sitting above a full-size rubbery membrane keyboard. The thing was usable in bright sunlight, and got me out into the garden for much of my writing in those days. It ran on 4 AA batteries, which would last for a month of use.

Next page: A Computer in your Pocket
Page: