The two areas the group is concentrating on are water and platinum group metals. Water isn't going to be too hard to process. There are plenty of 'wet' asteroids up there with a high water content contained in relatively friable rocks, and this can be released by heating the fragments and then distilling off the water. Water's not only useful for drinking, but also for breaking down into rocket fuel, and the team envisages solar system refueling dumps being set up that could reduce the cost of exploration.

It's a nice idea, but the devil is in the details. For a start you'd need a refueling system that actually works, and the power to crack the water into its respective hydrogen and oxygen and then convert that into rocket fuel beforehand. It's a tricky and dangerous process here on Earth – and the hurdles only get bigger out in space and without human operators.

With metals mining there are even greater challenges. As was rightly pointed out, there's a colossal amount of rare and needed minerals out there just floating around, but mining them will be a tricky business. We don’t know the ore quality that's likely to be found, and while mining it won't be too tough, particularly on rubble asteroids, refining it could well be. 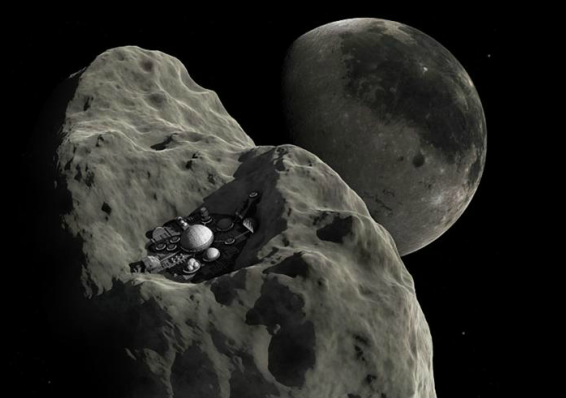 Refinery awaits the boys from the Dwarf

Even supposing this could be achieved, you've then got the problems of returning the finished materials back to Earth and down the gravity well. Shifting chunks of pure platinum into Earth orbit shouldn't be too tough, provided a propulsion system can do it economically and reliably. Getting it back down the gravity well would also be doable, if slightly expensive.

But surely this doesn't matter? After all, platinum is fabulously expensive and the team suggested that one asteroid could generate more of the stuff than has ever been mined in Earth's history. This is true, up to a point,but once the operation gets going the price of platinum may fall drastically, particularly when the market makers realize what's heading into orbit.

This isn’t new in history. When Spain acquired its South American colonies the driving force for exploration was precious metals. Christopher Columbus and his ilk would encourage Native Americans for find gold by cutting off body parts if they didn't bring in a certain amount – which makes a bollocking from the boss these days much easier to handle, no pun intended.

Massive mines soon began to bring in more gold and silver than the Spanish knew what to do with. This contributed greatly to rampant inflation across Europe, and saddled the Spanish state, then one of the most powerful in Europe, with economic problems that crippled the economy for some time - arguably right up to the present day.

This is unlikely to happen with Planetary Resources' plans, but given the nature of the market the returns are not necessarily going to be as big as some might hope. The price of platinum is already volatile, and you might expect the floor to drop out of the market once the first mining ship returns to orbit.

But before you think this is going to be an endless series of knocking the plan, here's why it might be expected to work, albeit not in a way that most people expect. Expanding out into the Solar System is coming; it has to. We're already stretching the bounds of what the planet will support as it is and global population hasn't peaked yet. We need the resources floating in space to survive and expand. 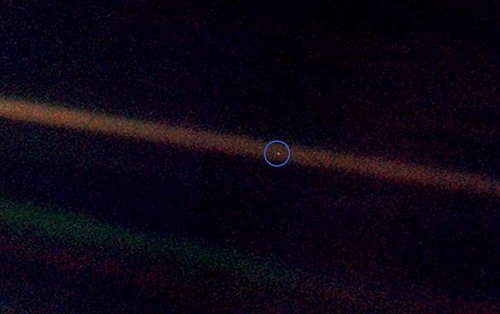 All currently available resources on this blue dot

The Planetary Resources team is quite frank about the fact it expects to have multiple failures along the way, and may in fact be superseded by other ventures doing the same thing. Key investor Charles Simonyi said as much on Tuesday, comparing this to the initial internet bubble. Some investors lost money and some made it, but society benefited as a whole.

It may be that many of the big names on this are quite willing to lose money on the whole deal, if it kick-starts an industry that could be the making of mankind. It would be nice if they did make the returns, but they may not be too sorry if Planetary Resources fails and some other corporation, or organization, with a better business plan, makes it work.

It would also be interesting to know whether the wealthy merchants, landowners and royals behind the likes of the Hudson's Bay Company or the East India Company felt the same way. ®