Looking like a copyright infringement of my arcade fave, Pacman, I play Horace, nabbing food in the form of flowers from around a park while avoiding the park's overzealous security forces. Horace is an iconic cartoon-style character, all eyes and feet, and keen to gobble a dropped lunch. The bell causes the parkkeepers to panic and, like the ghosts in Pacman, they become edible for a short time. It's speed and versatility that make Hungry Horace a classic. Getting evicted from the park like a member of Occupy London, Horace obviously didn't fare too badly and was later seen skiing and fighting spiders. 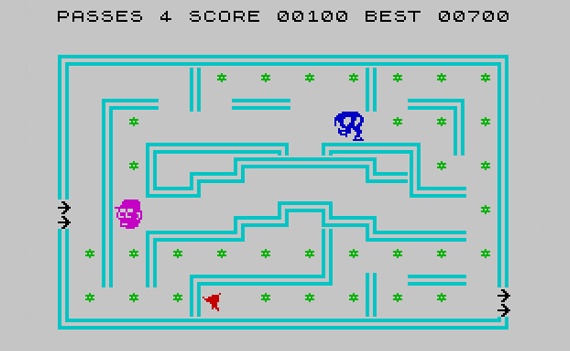 Jet Pac - from the prolific Stamper brothers - was so addictive yet with so simple a premise: rebuild my spaceship, fuel up then blast off. Ah, but this being a game of the shoot-'em-up genre there are some pesky aliens who would thwart me is my simple goal. Luckily, I have a laser gun in built into my jetpack to deal with such circumstances. Ledges strewn with spaceship parts, fuel pods and bonus point niknaks are all easily navigated with a simple thrust. Blasting off takes me to a new planet each with new aliens to avoid or attack. Shame Jetpac Refuelled, released in 2007, just couldn't live up to the original. 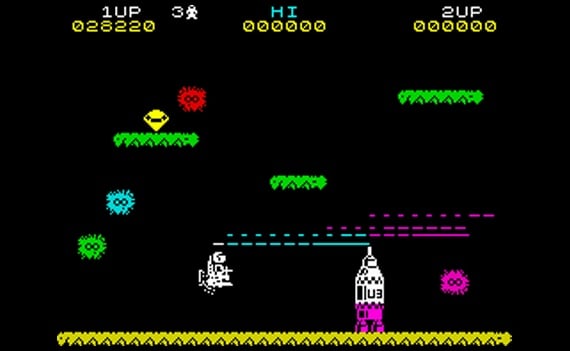