Having just finished the Diablo III beta only to be left gagging for more, Knight Lore is a compelling 8-bit memory. This 3D isometric dungeon crawler sees me play Saberman, a "werewulf" looking to be released from my lupine curse by a kindly wizard Melkhior who dwells in Knight Lore castle. Navigating the castles rooms, I loved this game's cutesy RPG graphics. With only 40 days and nights to complete my task before becoming a werewulf forever, I speedily collect charms while trying to avoid being impaled on a spiked ball or spooked by a malevolent apparition. The intricately designed puzzles and levels make this game an 8-bit wonder and really set the standard for fantasy games to come. 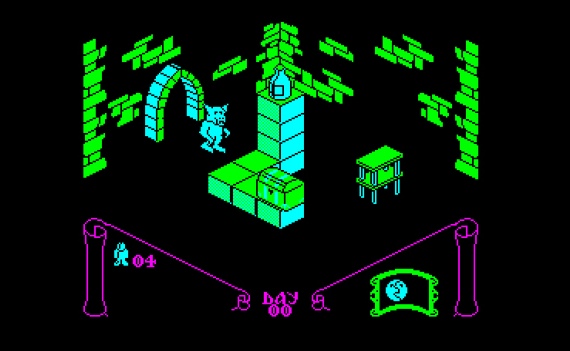 Created by Matthew Smith and released by Bug-Byte Software, this suitably named jittery platformer is teeth-grindingly addictive because of its simplicity. Miner Willy has his hands full retrieving flashing objects from 20 technicolored caverns before his oxygen runs out, all the while avoiding vicious penguins, flapping toilets, evil performing seals and my all-time favorite floating head, Eugene. This game has real character even though created from the most basic animations. It was funny and frustrating. Precision timing is needed to avoid death by a misjudged millimetre! Manic Miner's ear bleedingly constant in-game music haunts my dreams like the squark of a data cassette loading hideously coloured levels of vexation. 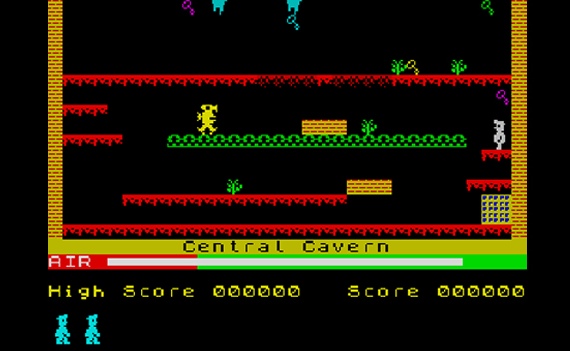