The MA Industrial Design students from Central Saint Martin's College of Arts and Design, London had their work on show, with half of the group shortlisted by Microsoft and one winner taking away a grand for his efforts. 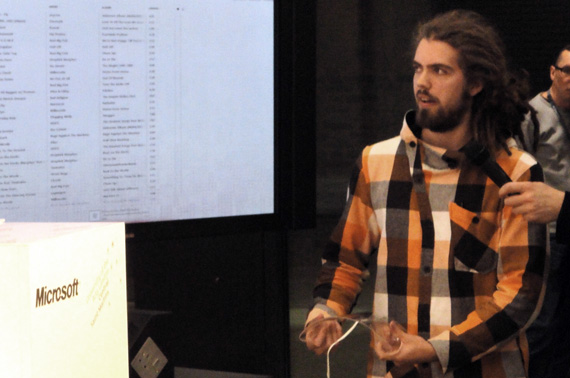 Victor Johansson, 24, took the top accolade with his Keyflex idea, an evolution of the standard keyboard which sees the user bend, squeeze and twist the device to control navigation on a display.

If you say so.

Other shortlisted projects include a USB key that injects and extracts data like a syringe and a document scanner that turns words into braille.

The latter includes a stretchable scanning belt making it compatible with books of all sizes.

The room was brimming with other neat ideas such as a flexible camera concept which lets photographers manipulate a transparent film through gestures.

Squeeze to take a shot, slide apart to adjust the length of the photo, bend to zoom and so forth. Who needs buttons? 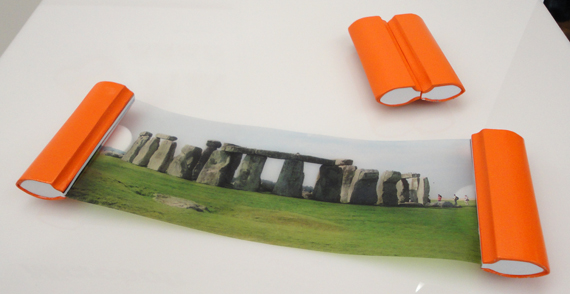 Nearby sat some content-sharing social media dice and a pair of shell-like eggs designed to connect over t'internet and create an intimacy between users, reflecting moods and actions with delicate glows. How cute. 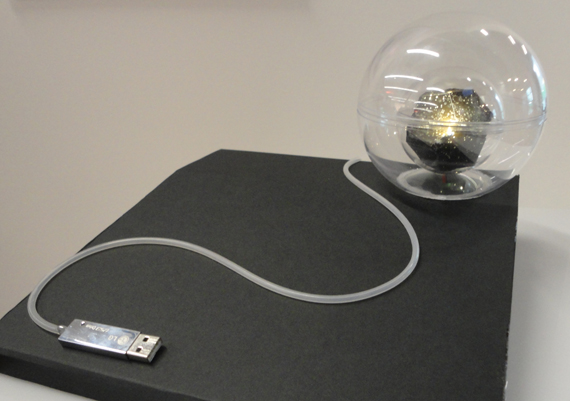 Tucked away out of immediate sight was the Ambient Games Capsule, essentially a projector that beams images to reflect game content, putting the player in a more immersive environment.

There was also a digital version of Post-it notes, plenty of gesture controlled interfaces and a dual navigation mouse for teaching older generations how to use a computer - ah, Granny, when will you learn?

While the £1000 prize given to the winning student is unlikely to be enough to send his flexible keyboard idea into full production, it should certainly help him go on a bender to celebrate the win. ®