It's not every day NASA does a flyby for us, but the El Reg space desk pulled a few strings with the Obama Administration to have Space Shuttle Enterprise do her final flight into New York harbor and up the Hudson River and down again on a chilly and cloudy morning right over the head of the New York bureau.

Enterprise has been decommissioned to spend her pasture years on the USS Intrepid air and space museum in the Big Apple where the world can come visit her and marvel at something that was an engineering test for the machines that slipped the surly bonds of Earth. 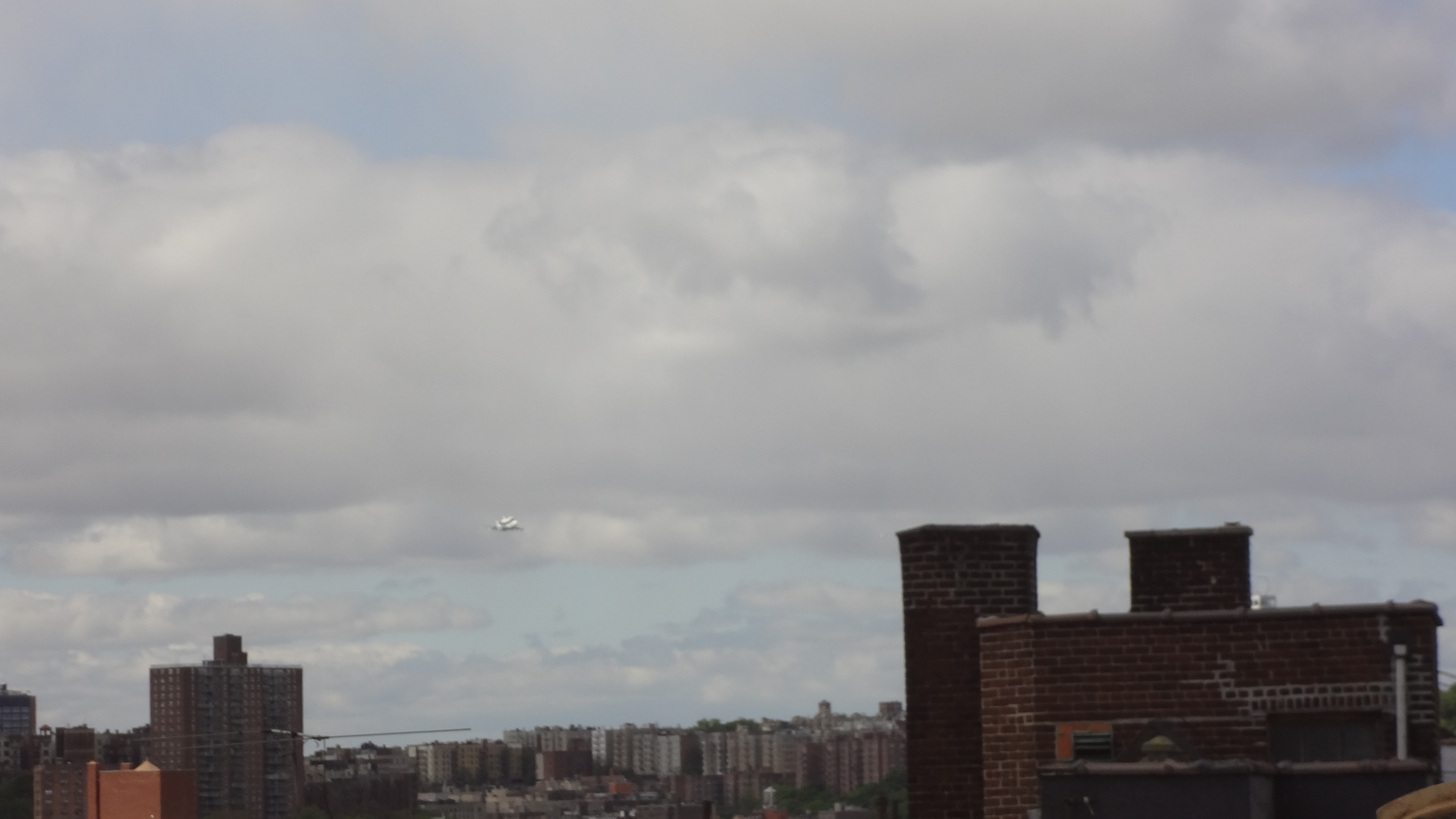 Your intrepid reporter is no photographer, but went to my roof in the Inwood section of Manhattan, which is one of the highest points on the island, with the building superintendant and porter with some coffee, binocs, and cameras to make a party of the flyby. Enterprise and her modified Boeing 747 (presumably paid) escort and Talon T38 chase planes (always in the Shuttle entourage) made their way up the Hudson River, did a big U-turn on top of the Tappan Zee bridge, and headed back down the river to land at JFK International. 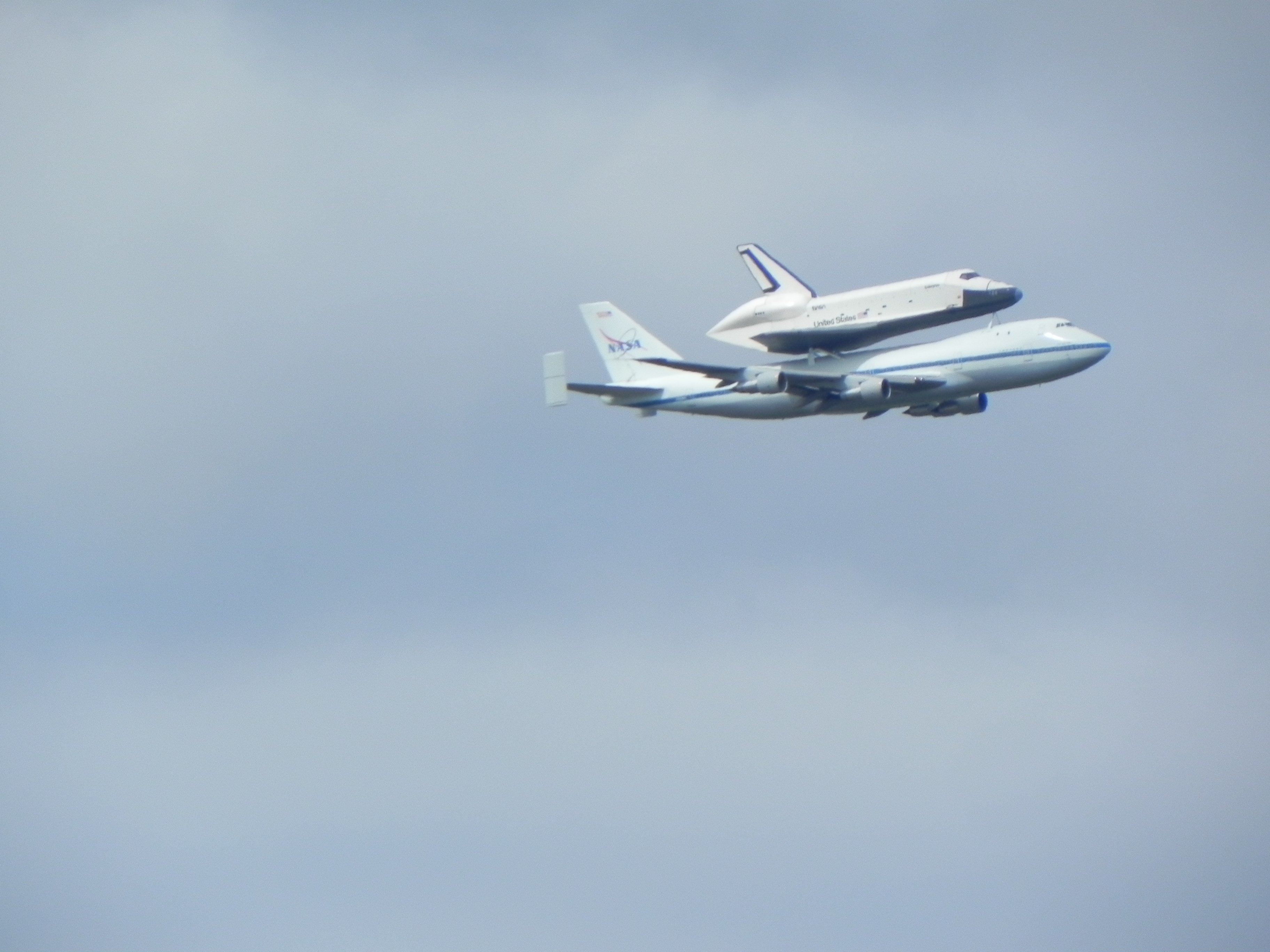 Looks a bit like an orca in immoral congress with a baleen whale, don't it? 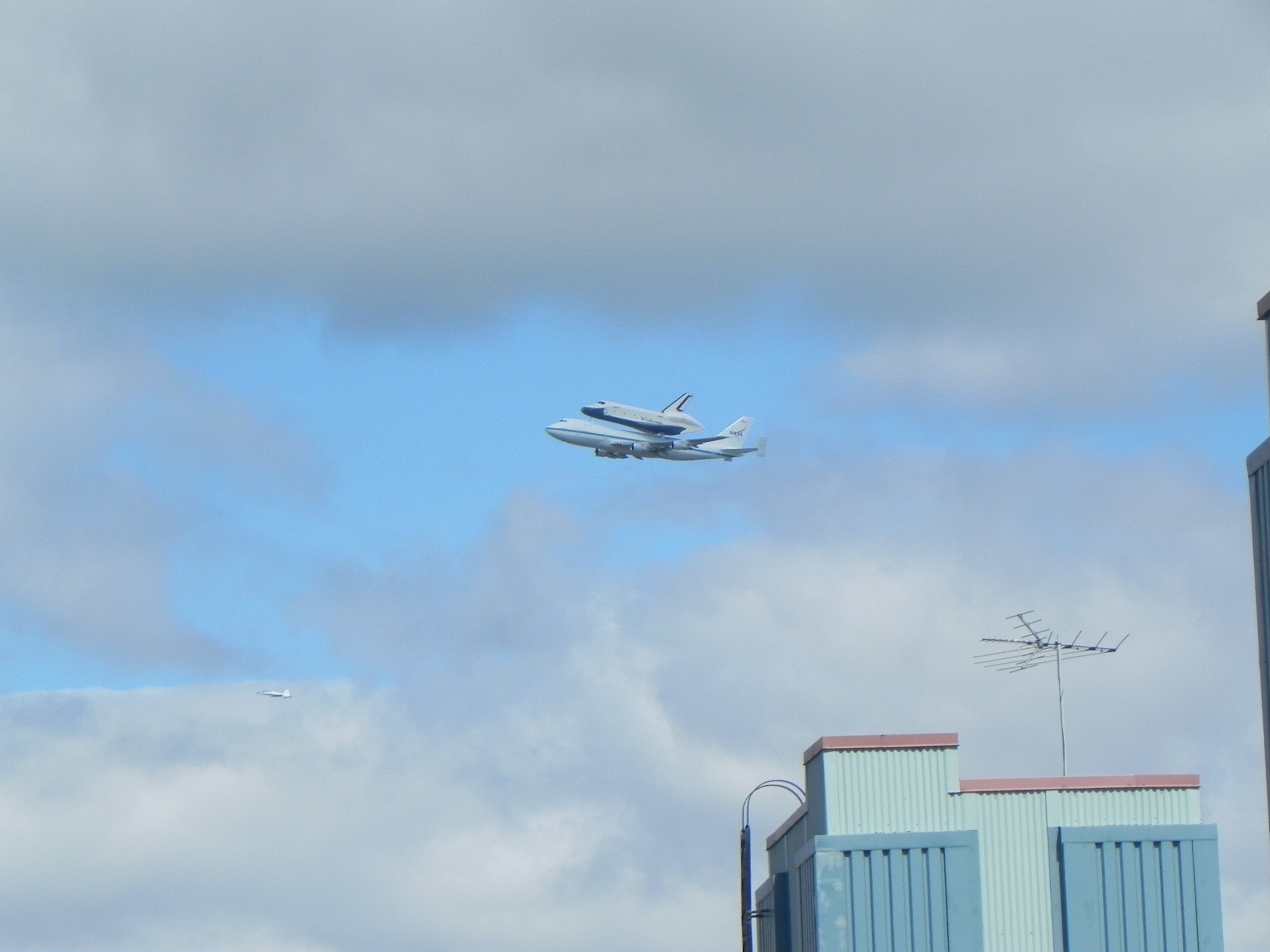 Nice touch there with the TV antenna. When Enterprise did its approach and landing (ALT) test on February 18, 1977, we didn't even have cable out in Appalachia where I grew up to the northwest of New York City. But we were close enough to New York to get TV signals the old fashioned way, and I skipped school more than once to watch this and other Shuttle launches over the next six years. 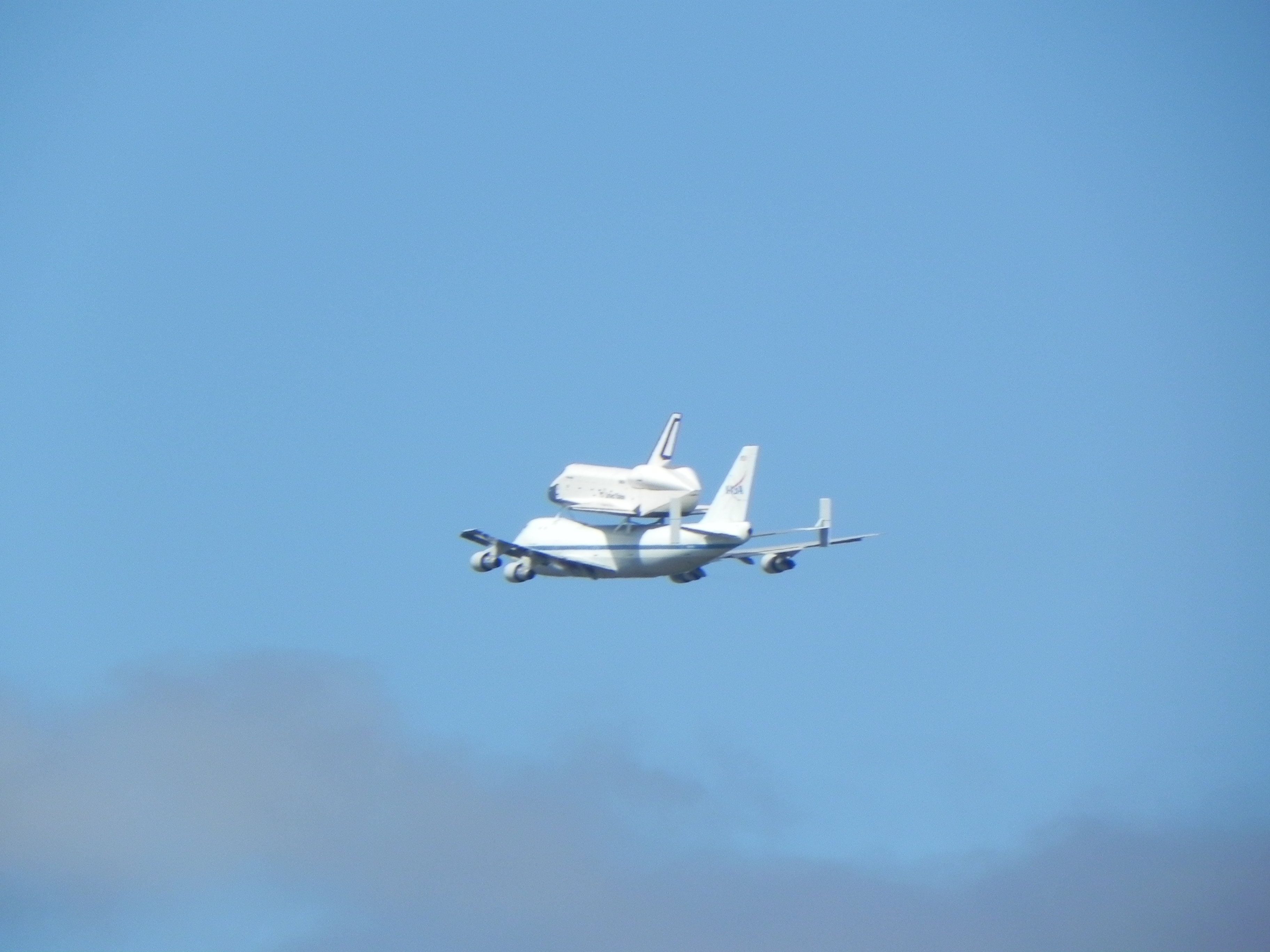 Welcome home, Enterprise. But don't get too comfortable on that aircraft carrier. Me and the boys will be down sometime soon with the FTL drive and the shields for your real flight. ®