Give me the boy

¡Bong! ”The New Aesthetic has the ‘scenius’ of London’s Silicon Roundabout to support it. These people are working creatives of Bridle’s generation, with their networked tentacles sunk deep in interaction design, literature, fashion and architecture. If you wanted a creative movement whose logo is a Predator supported by glossy, multicolored toy balloons, London would be its natural launchpad.” – Bruce Sterling

Rory Cellan-Jones of BBC 2.0 is a huge friend of mine and a great supporter of the Shoreditch web startup scene. Rory never misses a Google party – that’s a FACT. And maybe it’s a Beeb thing, but he instinctively understands the kind of the post-profit digital enterprise we’re trying to pilgrim here in East London.

So I hate to see such a switched-on guy misunderstood – especially here at THE REGISTRY website.

Rory wants to round up all the kids in Britain, and like a Scoutmaster, lock them in a virtual Scout Hut so they learn HTML. There will be one HTML HUT in every school. You know the saying: Give me the child until he is seven, and I will give you the web designer.

Well. It’s bold, it’s blue sky, it’s brilliant, and it’s undeniably an attractive source of low-cost labour for my startups. I’m amazed that anyone could think it’s a bad idea. Britain needs HTML coders if it’s ever to have the next market-defining internet success story: like Instagram, or Groupon.

But some people just DONT GET IT, and here at THE REGISTRY Andrew Orlonsky definitely doesn't. Orlonsky is one of these industrial-era guys who says HTML and CSS are not real programming languages. And lots of you old guys agree. It's pure snobbery. Well Rory is right - and you’re wrong, and here’s why.

The new frontier economy here in Shoreditch just doesn’t need old economy engineers with their testing, testing, testing. As my pal Mark Sprite says: “We don’t check our code. We never test. We can’t because we fail fast and we fail often.”

Think about it. When you’re mashing up a Pinterest RSS feed with Wikipedia for an exciting geo-location-aware web app, and the clock’s ticking, you don’t have that luxury. As the great John Perry Barlow said in his manifesto: Declaration of the Independence of Loft Space:

You weary giants of maths and physics and engineering: you are not welcome among us. Your laws do not apply here in Shoreditch.

That’s why I insist, as the investor, that all my startups here deploy RFE (Rapid Fail Environment) - the new programming paradigm here in East London.

Face it guys, the internet has been around since the Ming dynasty, but the magic comes from HTML. The user interface is the new foundation. So we don’t need engineers – we need imagineers.

The other reason is comes in one word. That word is:

HTML is social. Shoreditch is social. HTML coders are social. Rory is social - he made a radio series about it.

And you engineers aren’t.

Face it guys, you can’t really bring an old-world software engineer into any of these 14 cool workspaces. You old timers don’t have what my pal Charles Armstrong calls the new workspace thinking.

I remember the last time one of my startups needed a UNIX engineer. It was to fix some super rare, super technical problem – I think it was “rebooting the gateway” – whatever that means. Well, my guys had to sneak this guy into the loft space pretending he was in a Fleet Foxes tribute band. It was a hairy experience – in every sense of the word. Engineers just stink the place out.

So go back to picking cheesy Wotsits out of your beards, engineer guys – and admit you’ve had your day. The FUTURE belongs to the SOCIAL GENERATION. The future belongs to youth - eager, flexible youth - eager to hear the world from new frontier pioneers like me and Rory. 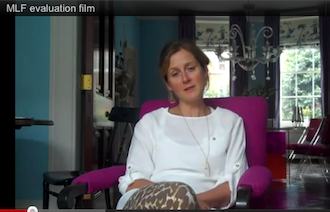 I’m thrilled to congratulate the Lastminute.com co-founder and my old friend Martha Lane Fox on her new role advising the Cabinet Office. Digital Champion Martha really invented the travel industry as we know it today, and now she’s doing the same for karaoke. Martha is one of the most disruptive women innovators in the world. This week she added a new job title to Digital Champion. She will be advising the Cabinet Office to make sure Government 2.0 is Digital by Default.

You pay CapGemini tons of your money to improve value for money in government. And off it goes and builds this amazing website - which tells you that Digital Champion Martha Lane Fox is amazing value for money, an amazing woman, and worth every penny.

That’s what the future looks like. I can’t wait.

Steve Bong is the founder of Bong Ventures, an early stage investor and incubator focussing on innovative new technology startups based in Shoreditch, London. He enjoys parties, foreign travel, Open Data, and draws his inspiration from Ayn Rand and the His Holiness the 14th Dalai Lama, and advises No.10 policy guru Rahul Sativa on mindfulness and innovation.