Samsung is expected to launch a cloud-based sync'n'store service for its smartphones soon, but arch-rival LG has got there ahead of it.

LG's cleverly named 'LG Cloud' - you see what it did there? - mixes Android, Windows and smart TV apps to auto-sync handset contents to the cloud and the user's PC, Dropbox style.

A neat touch is the video transcoding the service will provide. Playback device doesn't support the uploaded movie file format or codec? No problem - LG's servers will transcode in real time. 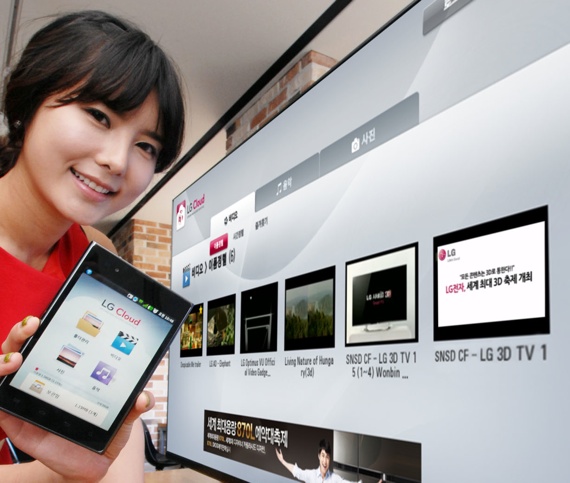 It'll also handle 3D content, LG said. A bid, no doubt, to try and get folk interested in its 3D phones and tellies.

Again like Apple's iCloud, Dropbox, Microsoft's SkyDrive and a host of others, LG Cloud will be offered as both a free and paid service. How much free space you get, and what the extra capacity will cost, will depend on where you live, LG admitted.