Sega's videogame business hit a 'new flow' this week when the firm pushed its urinal games terminal, the Toylet, out into retail in Japan.

That means that those who took a shine to Sega's Toylets after using them in various bathrooms across the country, now have the opportunity to put them in their own homes, the company announced on Twitter.

A sensor fitted at the base of the bowl samples pressure and volume, using the data to control the short, quirky Japanese game on the unit's colour display. 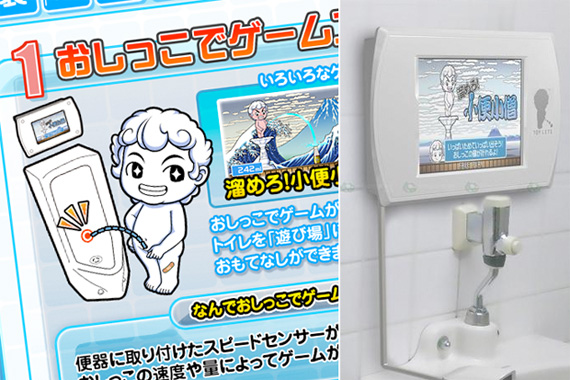 A similar device was fitted in the loo of a London bar last year. Games such as Clever Dick saw gents answer questions with their streams.

A booth which offers the same experience, Place to Pee, has been doing the rounds for several years now too.

And Sega isn't even taking the piss.

If schools took note and fitted their bathrooms with Toylets, perhaps it would prevent naughty students ruining the IT department with their pee-pee. ®