Pilots asking not to fly F-22 after oxygen problems

Take my breath away

Some of the US Air Force's top pilots are asking not to fly the highest-tech aircraft in the fleet over fears about the safety of the oxygen system built into the F-22 Raptor.

"It's shocking to me as a fighter pilot and former commander of Air Combat Command that a pilot would decline to get into that airplane," retired four-star General Richard E. Hawley told the LA Times, adding that he'd never heard such a request in his 35 years in the service.

The F-22 is America's latest generation fighter aircraft, and the most expensive to date with a price-per-plane of anywhere upwards of $300m. But it has been plagued by problems, ranging from its stealthy outer shell being defective or its initial inability to cross international date lines. But over the last few years there have been persistent reports of oxygen problems.

In November 2010 an F-22 piloted by Captain Jeff "Bong" Haney crashed in Alaska after his Environmental Control System (ECS) and On-Board Oxygen Generating System (OBOGS) shut down automatically. After Haney's death all aircraft were restricted to a ceiling of 25,000 feet, and eventually grounded briefly.

The report found three problems with the emergency oxygen supply system and recommended a rethink. The aircraft's emergency oxygen handle has since been redesigned to make it easier to activate in flight, but Haney's widow is suing the manufacturers Lockheed Martin over the case. 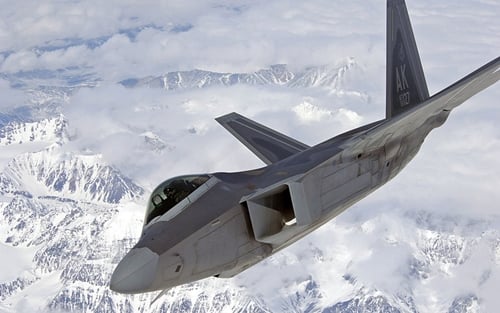 In the event of a loss of oxygen, tug the emergency lever until you crash

Fighter pilots are known to be keen to have the latest, fastest kit and competition to become a test pilot is fierce. For some of the Air Force's most fearless fly-boys to turn down the chance for a go in the superfighter suggest very high levels of concern on the front line.

"We are generally aware of a small number of pilots who have expressed reservations about flying the F-22, and each of those cases will be handled individually through established processes," said Air Force spokesman Major Brandon Lingle. ®