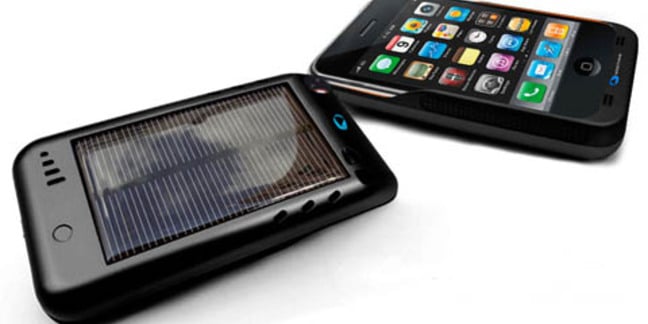 Solar power researchers at Princeton University have discovered that by mimicking the surface of leaves, they can create solar cells that are better at capturing sunlight for a 47 percent efficiency boost.

In the kind of discovery that’s obvious after the fact, the researchers have “roughed up” the surface of their cells, in imitation of the way that leaves use microscopic irregularities in their surfaces to maximize their harvesting of the sun.

As described in Photonics, leaves' surface structures are “designed to bend and control sunlight for maximum production of energy and nutrients.”

The design tries to overcome the randomness of incident light – anything that doesn’t arrive at the correct angle is going to be reflected. By adding microscopic folds to the surface of their cells, the researchers say they can create a kind of waveguide that helps capture more light, by reducing the amount that’s reflected from the cell.

“Everything hinges on the fact that you can reproduce the wrinkles and folds,” led by professor of chemical and biological engineering Lynn Loo told Photonics. “By controlling the stresses, we can introduce more or fewer wrinkles and folds” – allowing the scientists to design the surface for maximum capture.

The researchers say it’s particularly important in the world of plastic panels, where low efficiency and relatively high cost give the older silicon technology its huge edge in the market.

As well as making a cell more efficient, the researchers found that efficiency doesn’t fall in a hole when the cell is bent. They claim that a standard plastic cell can lose 70 percent of its output when bent – not surprisingly, since bending the cell reduces the surface area that presents the right angle to the incoming light.

By adding the “wrinkles” to a plastic cell, the Princeton group found that it could retain its efficiency when bent. They claim as much as 47 percent better efficiency from their device. ®

Is right! Ofcom says Scousers enjoy a natter on the phone compared to southern blerts

Something's gotta juice all those servers, and it won't be fossil fuels forever