Comment A Westminster investigation into the machinations of the UK's copyright bureaucracy and the government's intellectual property policy opened very gently this week.

The All Parliamentary Group on Intellectual Property is headed by heavyweight backbench MP John Whittingdale, and while members are pro-IP, they have plenty of beefs about how the handling of it could be improved.

Whittingdale recently revealed that he shared the concerns of protesters who stood against ACTA, the worldwide treaty to enforce IP rights. The group's first evidence session invited copyfighters to make their case, and along came the Open Rights Group, quango Consumer Focus (a latecomer to the copyfight), the British Library and Google.

Google's Theo Bertram, a former special advisor for Brown and Blair, wasted no time in playing the search giant's trump card: don't break the internet! Copyright enforcement proposals, he said, "no matter how well intentioned, could be damaging to the fundamental fabric of the internet".

For those of you who haven't seen it, there's a new website documenting this proposition. The fabric metaphor, we note, is a favourite at the Chocolate Factory. Cynics suggest that many, if not all, attempts to enforce property rights and ownership that will "break the internet" are simple measures that Google just doesn't want to implement. But it's proved incredibly effective so far in scaring lawmakers.

"Google was seen as a defender of piracy and a propagator of piracy - I don't think we're seen as that now," he added. Bertram also made the case that more "certainty and flexibility" was needed for internet startups, and changing the law would help.

"Surely any organisation needs to establish whether what it's doing is legal," mused Whittingdale, who pointed out there were 70 licensed music services in the UK.

Bertram replied that most of the digital media startups were American. That's a proposition that Omnifone, We7, Spotify, Rara, Playlouder, 7Digital and Soundcloud might counter: all but one are British and the other is from Sweden.

Asked if he was happy with the Intellectual Property Office (IPO), whose behaviour had sparked the group's intrigue, Peter Bradshaw of the Open Rights Group said that he was - especially in contrast to the Department of Media, Culture and Sport (DCMS). "On the process side whatever we think of the evidence, the process the IPO has followed is better than the one the DCMS has followed," he said. What Bradshaw may mean is that the IPO welcomes groups like the ORG, but the Ministry of Fun doesn't invite them to parties any more.

Ben White, of the British Library, raised a few eyebrows among the MPs by saying the IPO was the best in the world, and he offered an interesting reason.

"We're really impressed with IPO, and the professionalism they display," gushed White. "There are no economists in Germany or Scandinavia. If you compare them internationally, they are exemplary."

The MPs countered by asking White if some of the financial numbers emitted by the world-class "economists" at the IPO in support of Prof Ian Hargreaves' "Google Review" were justified. These figures were met with ridicule when they were published, and the IPO backtracked pretty quickly. Now we know something about their hasty genesis: they had been been created for the IPO by Ben Mitra-Khan, a former Soros scholar and now supporter of the curious Left-ish "Post-Autistic Economic Movement" (since renamed "Real World Economics" - and do have a look). Mitra-Khan is really an economic historian, and may actually be a brilliant one, rather than your common-or-garden economist who crunches numbers.

White, perhaps, could have chosen a more convincing example of a world-class authority than the United Kingdom's IPO.

However the hour-long hearing was dominated by one witness.

A Very Long History of Everything

The Teutonic contribution of Saskia Walzel, of doomed quango Consumer Focus, took up more than two thirds of the evidence MPs heard. Walzel has a Master of Arts degree in Human Rights, and several campaigning jobs hectoring companies on corporate social responsibility. 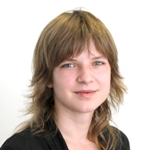 She turned one-point answers into paragraphs, and longer answers into sprawling historical and geographical dissertations. On and on and on she went. It was like Hegel, the audiobook.

Her fellow witnesses seemed to be content to let Walzel ramble, perhaps fearing a skewering from the MPs. The group's members had reminded all those present that they weren't under oath and stressed the hearing was not confrontational; they genuinely wanted to hear what they thought was wrong with intellectual property.

Perhaps Walzel went to one of those schools where the quantity of knowledge that you can exhibit, weighed by the metric ton, is what is valued. Before MPs, however, this just seemed patronising and rude. In Walzel's desire to tell the history of everything, everywhere, any coherency was lost, and MPs intervened several times to steer Walzel's earnest stream of verbiage towards relevance.

"Who are you, a quango, to formulate your policy on that? Who decides? You do it on behalf of the 'consumer' - who ever that may be. Why do you do it, frankly?" asked Whittingdale. Walzel offered a rambling answer after which Whittingdale muttered, "that doesn't answer my question".

Whittingdale also delivered a sly joke. He asked if her view could be summed up as "Hargreaves good, Digital Economy Act bad?" Walzel said the IPO was simply doing as it was told.

"They were following orders?" he asked.