Antique Code Show Inspired no doubt by two years pondering the literal semantics of Tears For Fears' 1985 hit, Jon Ritman and Bernie Drummond's Head Over Heels was an absolute masterful exploration game for the 8-bit era.

Drawn in the same isometric vein as Knight's Lore and Ritman and Drummond's own Batman - no, not Arkham City, although I'd buy that for a dollar - HoH had a unique central concept in that you play as two separated halves of a symbiotic organism, one called Head, the other Heels. Using a handy hotkey, you can switch control between the two at any point in the game. 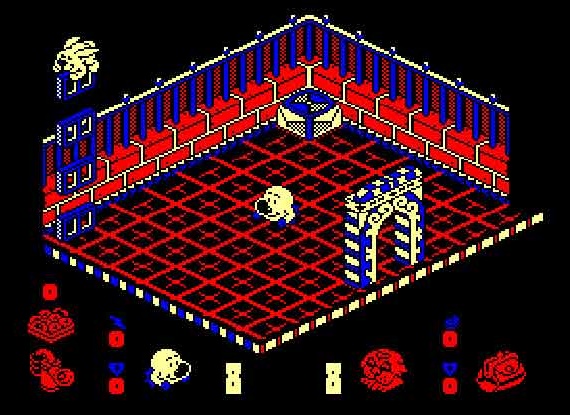 Eventually the two meet, and when Head sits atop Heels, their powers combine. Head can perform a much higher, controlled jump. He can fire doughnut projectiles from a foghorn with a satisfying splat, the quaint, non-violent explanation being that enemies would freeze in their tracks to lick off the sugary treats.

Heels can run fast - handy for escaping HoH bizarre array of automaton enemies, including Prince Charles' head on a Dalek body - and carry items around in his gladstone bag.

Put them together and, as Hannah Montana once asserted, you get the best of both worlds. 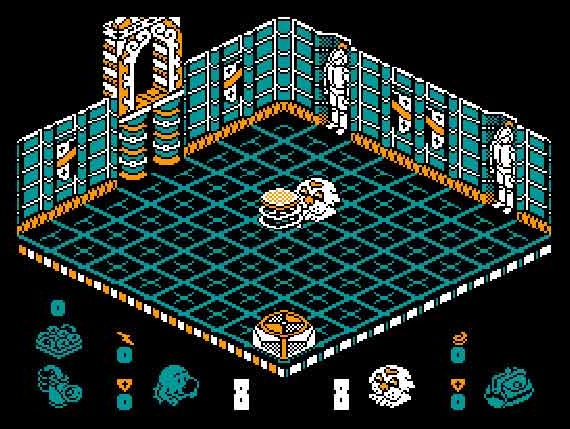 There are times where the level design would hinder the progress of either character. Being twice as tall when fused together meant that narrow routes could not be traversed, and certain hush-puppy-shaped platforms would vanish if seen by Head, so periodically you would go your separate ways and reconvene later.

It was a novel and watertight design choice, and one which I've never since seen updated for the 2000s. The only thing that even comes remotely close is SouthEnd Interactive's Ilomilo, which is a sort of mix of Head Over Heels and unsung PlayStation classic, Kula World. 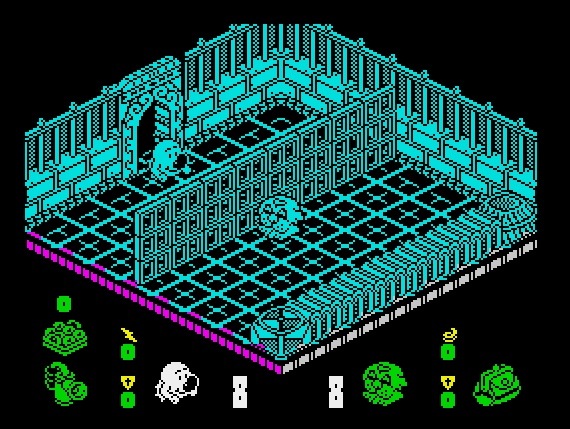 This wall is really coming between us

My single bugbear was that some of the collision detection was a little suspect. It was sometimes all too easy to simply walk into a hazardous element of the scenery and lose a handful of lives in less time than it takes to lick a doughnut off your face.