Partners line up to peddle wares 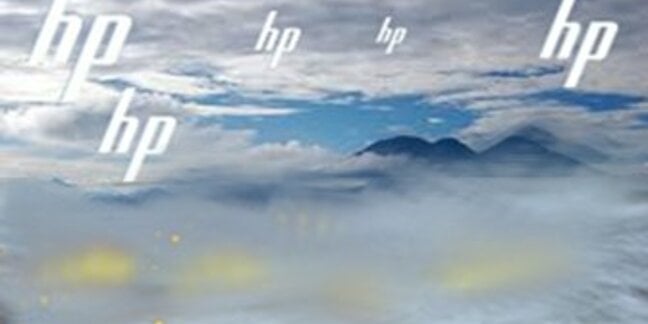 As El Reg told you it would a month ago, Hewlett-Packard today has opened up its HP Cloud Services public cloud – aka HP Cloud because by definition a cloud is a service, right? – for a full-on beta onslaught from John Q Public.

The HP Cloud is based on the company's ProLiant rack servers and various HP storage and switches, not on its CloudSystem variant of its BladeSystem blade servers, which are designed for drop-in-place cloudy infrastructure for corporate private clouds. (Take note of what the vendor does as opposed to what it says.)

The whole shebang is running atop an OpenStack cloud fabric, which uses the Nova compute controller and the Swift storage controller software that is part of that stack. HP is using the KVM hypervisor to slice up the ProLiant server nodes into little puffy bits.

Other operating systems – with the obviously missing Microsoft Windows Server 2008 R2 in its many variants and possibly Oracle Solaris – are coming down the pike, but HP is not elaborating on its plans.

During the public beta, when HP wants to shake down the bugs and makes no guarantees of availability of capacity, HP is offering a 50 per cent discount off these prices to customers who want to take the HP Cloud out for a spin. HP told El Reg back in April that the discount would be extended to customers in the private beta who kept code running, but apparently all public beta customers will get this half-off discount.

When the HP Cloud was in private beta, pricing information for the Cloud Object Storage was not available, and neither were some of its salient characteristics. Now they are.

HP has set up the Swift object storage to handle objects that range in size from 1 byte to 5GB, and if you have objects larger than this, you can use data chunking (which is done on the client side, not on the cloud) to break the file into multiple pieces before you store it on HP's Swift implementation. HP is replicating the data multiple times within its cloud, and across multiple availability zones (to use the Amazon AWS terminology) to make sure when you want it, you can get it. The data is encrypted when it is in transit.

Every data request costs you a penny per 1,000 requests, and bandwidth charges are free coming into the cloud (which is the industry standard) and range from a high of 12 cents per GB per month for up to 10TB of bandwidth (the first gigabyte per month is free, just like the drug dealers do with their hits) to a low of five cents per GB per month for between 100TB and 500TB. More than that, you know the drill: contact HP.

HP is also partnering with Akamai Technologies to front end its cloud with Akamai's content delivery network, which you buy as a service as well. The Cloud CDN service is a little different from other cloudy CDNs, says HP, in that it bills you based on your billing address, not where end users hit the CDN to get data.

As with the storage, you get charged on the bandwidth out of the CDN, with the first 10TB of data costing 16 cents per GB per month and scaling down to 7 cents per GB per month through progressively fatter bandwidth tiers in North America, Europe, and Latin America. Customers in Japan, Hong Kong, and Singapore pay a 3 cent per GB per hour premium on top of that, and the rest of the world pays about three times as much because they are off the beaten Internet paths, althugh these are exactly the customers who need CDNs the most. HP does not charge any fees for moving data from its Cloud Storage service to the CDN service, which runs on Akamai's network.

The homegrown Cloud Block Storage is entering private beta, and a few more details are available on that. HP is allowing you to create storage volumes on this part of its cloud that range from 1GB to 2TB and then format it with unspecified file systems; if you need more capacity for a compute instance, you add more volumes.

The Cloud Relational Database for MySQL service is also in private beta starting today, and includes the open source MySQL database and a mix of third-party and HP tools to create and delete database instances, do database snapshots, and import and export data to and from the databases.

Pricing for the block storage and database services has not been revealed, and their feeds and speeds are still somewhat limited. But if you sign up to a beta for the compute and object storage services, you can sign up to get a peek at these two other services, and if HP likes what you are doing, you can get out on the front end. Anyone using Amazon services in a sophisticated way will probably move to the front of the line. During the private beta, the block storage and database services are free.

In addition to opening up the public beta for compute, object storage, and CDN services, HP said it has lined up more than 40 partners who are making their wares available on the HP Cloud. These include databases from EnterpriseDB, Xeround, and CloudOpt, a slew of cloud management tools from BitNami, CloudSoft, enStratus, Kaavo, RightScale, ScaleXtreme, Smartscale Systems, and Standing Cloud, and platform as a service layers from ActiveState, CloudBees, Corent Technology, CumuLogic, Engine Yard, and Gigaspaces.

The one thing HP has still not done is say when the HP Cloud will be ready for production workloads. ®

'We're changing shift, and no one can log on!' It was at this moment our hero knew server-lugging chap had screwed up