It pays to read the small print, folks. Samsung once again showed off its 55in OLED TV today, but if you think it has gone into mass-production, you'd be wrong - it's merely "ready for mass-production", the South Korean giant admitted. 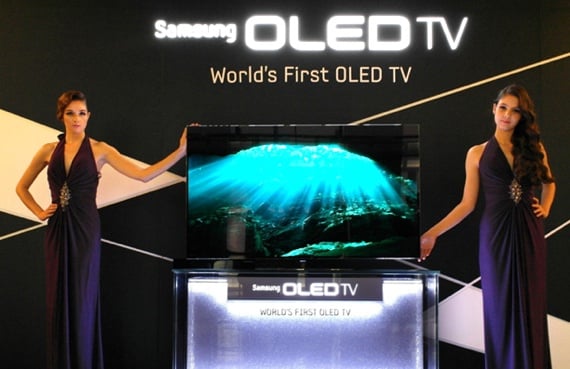 Fancy one of these in your living room?

Samsung first showed off the 55-incher at the Consumer Electronics Show (CES) earlier this year. Back then it didn't want to say what it'll charge for the set, and it doesn't appear to have changed its mind this time round. Hints suggest it'll cost $9000 (£5600) and go on sale in the second half of the year.

But it did note a new key feature: the ability for folk to watch two programmes simultaneously. It's an old trick, mostly used for gaming, but here it works with other content and delivers two full HD pictures rather than two half-vertical-resolution images. 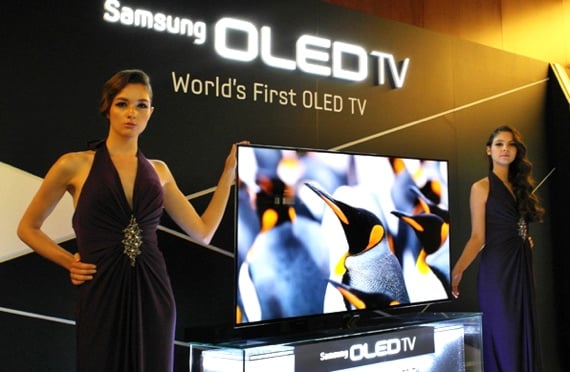 Instead of showing a 3D picture comprising left- and right-eye images, the telly sends two separate pictures down those channels. You need 3D glasses to see them, but Samsung said it will supply a new pair that deliver the appropriate soundtrack to earphones over a wireless link. ®