BOFH: Siri, why do users lie?

You have no evidence. Han-stupid destroyed everything. 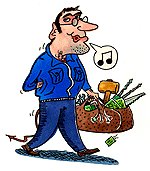 "What's not working about it?"

"Because you're using the wrong PIN number..." the PFY suggests.

"NO! I always use the same PIN number."

"Uh-huh – and when that expires you choose a new one, planning to change back to the old one, but never do. And then you forget the new number."

"No," the Boss pinocchios.

"I could look in the system to see when your password was last set!" the PFY threatens.

"If it was set, it must have been done by someone other than me," the Boss lies.

"I could find out which phone it was set from."

"Lots of people have access to my office, it could..."

"I could track your movements in the building, to see if you were in the office at the time. Surely you'd notice someone using your phone, accessing your voicemail and changing the PIN?"

"Look, just reset the PIN would you!"

And so it goes, proving the greatest truth of IT support: Users lie. According to users, files delete themselves, their hard drive fills up with smut the moment they type 'pork' into Google and they only use Facebook for company business.

"Okay, it looks like your profile was configured secure so if I reset the PIN it'll clear your profile and all your messages."

"You wanted it secure so that we couldn't lookup your PIN, listen to your messages and then reset the 'message unread' flag," the PFY says.

"So I'll lose my messages?"

"Yeah, but they're crap anyway. One from your wife asking you to pick up dinner and one from upstairs asking about that budget variance that you're supposed to be doing."

"It is. Once it's in voicemail it's untouchable. But you can listen to it as it gets recorded if you want," the PFY says, pointing to a heavily customised conference phone hanging on the wall.

"How do I set up my greetings?" the Boss asks as the PFY and I pass his doorway on the way to lunch

"So press 3 for greetings, 2 to setup greetings, listen to your greeting then press 1 to re-record."

"Yes I did that, but it asks me about other greetings."

"Okay, so you have an internal greeting - which is used for when someone inside the company rings you and you're busy, a busy greeting, an unavailable greeting, a holiday greeting and an other greeting."

"What's the other greeting do?"

"The other greeting is one you setup for semi-common specific occasions. I leave mine set for illness"

"Record a message saying you're a bit out of sorts at the moment, that you're taking medication and that you'll get back to them if you feel up to it. That pretty much covers any illness."

"Including me appearing to go loony before I throw myself off the top of the building?" the Boss asks suspiciously.

"Oh puleese!" the PFY says. "We have hours of digitised voice for you from the voice recorders. If we wanted to do something like that we'd create a truly awesome message. One about how you can't eat anything but fishburgers since the aliens probed your uterus."

And just like that the Boss's mind goes into overdrive as he recalls the seemingly odd conversations the PFY has had with him over the phone in the past few weeks. The words "fishburger", "aliens" and "uterus" have probably made him aware that the PFY was lying when he said he was getting him to 'train Siri to respond to his voice over a landline'...

It's almost a shame really - I quite liked this guy. But that's the danger of an underutilised IT professional.

"Hey, who wants a pizza?" the PFY asks, interrupting the Boss's thoughts.

As we listen the Boss's voice echoes out of the conference phone, orders two supersize thick crust pizzas with the works – on the Boss's personal credit card.

To the wrong address.

"Whoopsy," the PFY says, making some alterations and ordering another two.

"You won't get away with this! I'll call the police!"

"Really – after the call you made this morning where you threatened to shoot the prime minister? In the uterus?" I ask

"Oh but you did," the PFY says, tapping away on the keyboard furiously, before the Boss's voice echoes out in Mission Control once more.

I thought the bit about "Never taking me alive, coppers" was a bit over the top, but I have to trust the PFY's judgement on this one.

BOFH: Rome, I have been thy soldier 40 years... give me a staff of honour for mine age

Episode 7 Or, you know, just sign on this dotted line