How a Unix killer crawled from the dot-com bust 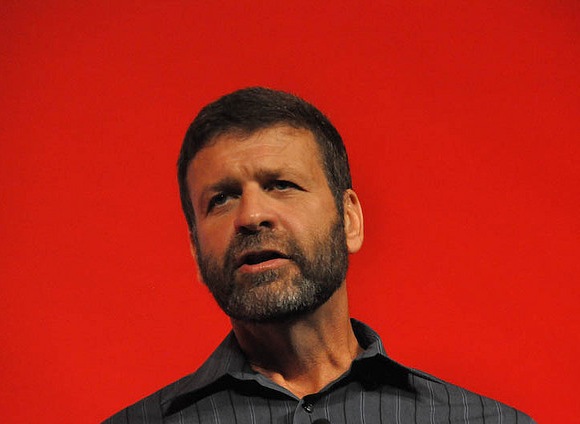 "We were faced with a really tough decision back then, and we really bet the company on this and it paid off in a billion ways. We made a decision to stop Red Hat Linux, which at the time was the most popular, hobbyist Linux operating system out there. It was a very, very, very unpopular decision with the engineers and with some people in the community. The engineers asked the CEO to fire me at the time."

Over beers, the engineers named it Red Hat Enterprise Linux, and the idea behind it was to make Linux more palatable and useful for the corporations that ultimately pay the bills. At the time, says Cormier, Linux was only used by the most technically savvy companies, and only in their most technical departments.

"What we did to allow Linux to be consumed by the masses was combine the open-source model with the enterprise product model and while still keeping the open-source mantra," says Cormier. "The real science of the RHEL model is getting these backports into the kernel without breaking compatibility and stability."

And, by the way, this is how most operating systems work these days and why operating systems seem to be progressing at a snail's pace compared to a decade ago. Vendors and users alike don't want new versions and the new application certifications they require.

If Cormier had to do it all over again, RHEL might have come out concurrently with Fedora, the upstream development release of Linux that eventually became RHEL these days. But it didn't start out that way.

"I'll be perfectly honest with you," Cormier concedes, "Fedora was a reaction to RHEL to make sure we continued to service the community. RHEL gave the predictability and stability that enterprises really wanted, but the community was really concerned that they were going to lose something on the bleeding edge. The community rallied around that bleeding edge, and that in turn is what drives RHEL. RHEL came first, and then Fedora, and if we had been smarter, Fedora would have come first."

And it just goes to show you that you don't have to get it right the first time in business. But you do have to fix it when you get it wrong, and to Red Hat's credit, when it was at risk of alienating the Red Hat Linux community by developing RHEL, it backed up and started Fedora.

And in the end, this is a better model than either the community or the company could do alone, and one that fits both enterprise customers and hard-core developers.

Red Hat Linux Advanced Server came out back in May 2002 and was eventually rebranded to the name that the engineers picked, Enterprise Linux. And by 2003, the company had one million licences under contract on its Red Hat Network support service.

A decade later that number has grown to 2.5 million active servers under subscription, according to Cormier. That may not sound like a lot in a world with around 36 million servers in it, but it is hard to reckon how many servers are using Fedora as well as the CentOS, Oracle Linux, and Scientific Linux clones of RHEL. It is likely that the free versions of Fedora and RHEL are on at least another 2.5 million or so servers, and then these other distros like Canonical and SUSE Linux add in.

What it is safe to say is that as far as enterprise servers are concerned, Red Hat is the dominant Linux supplier by far. It is hard to say if Linux in general and Red Hat in particular drove the $9.6bn in servers configured with that operating system in 2011 according to IDC's numbers (up 18 per cent) or if the server sales were going to happen anyway and that Linux just got its fair 25 per cent of the revenues as an established alternative to Windows and Unix.

Whether Red Hat drove those Linux sales or not, it certainly is the main beneficiary of them, and that is what Wall Street cares about and why the company is back up to a $10.9bn market capitalisation again.

What is also clear is that with current trends, Linux-based server sales will match Unix server sales in the aggregate this year, with each having around $11.5bn in revenues, but Windows-based servers will drive more than twice that revenue. It is going to take a long time and some radical changes to have Linux catch up to Windows. Maybe Linux never will catch Windows, and maybe it just doesn't matter right now.

People make their operating system choices based on application software, budget, and skills; no one is interested in platform wars in a cloudy world that can and does support Windows, Linux, and sometimes Unix side by side on cloudy infrastructure.

As Red Hat has correctly identified, middleware, file systems, server hypervisors, cloud fabrics, and other aspects of the modern systems need to be RHEL-ified and Fedorated. This is what Red Hat is focused on, and by doing so, it might get to $2bn in sales in half the time the first $1bn took. We'll see. ®