Accessory of the Week IK Multimedia’s newest microphone is aimed squarely at podcasters. The package comes with a plastic stand which props up an iPhone at just the right angle for talking into the mic. You can use it with an iPod Touch too, though you’ll have to turn it upside down in order to plug the Mic Cast into its headphone jack. 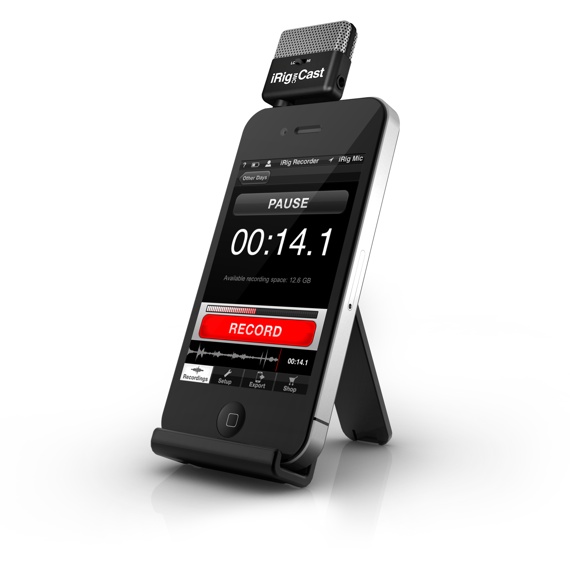 The mic has two gain settings: one to use when you’re within 30cm of it and the other when you’re further away. It’s uni-directional, so you need to be right on front of it.

Once plugged in, the Mic Cast becomes the default mic for all applications. But if you want to monitor your recordings through the Mic Cast’s own headphone jack, you’ll need an app that supports pass-through. 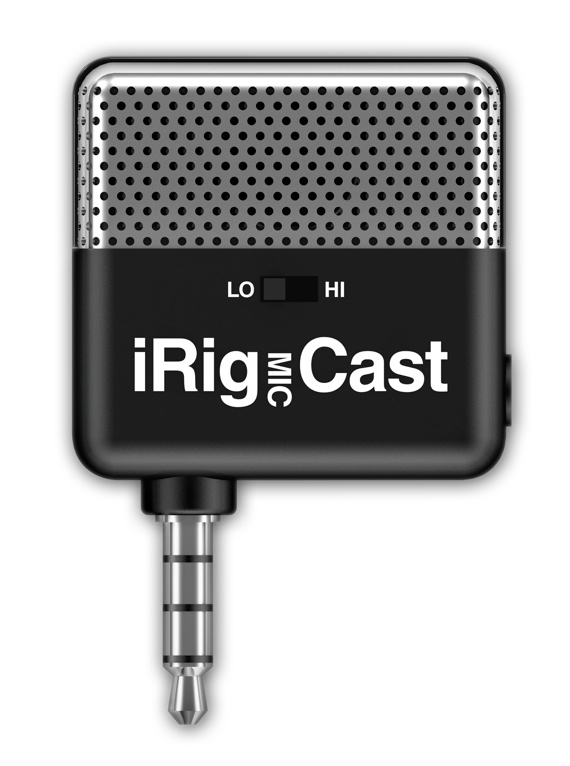 IK, unsurprisingly, suggests the free versions of its voice recording apps, iRig Recorder and Vocal Live. The former allows you to edit and share recordings, while the the latter adds real-time reverb. More effects are available in the paid-for versions.

Audio quality from the Mic Cast was purer than that from the iPhone’s own mic. Where the iPhone mic had a tendency to be ‘boomy’, the Mic Cast delivered a more neutral recording. Noise-reduction wasn’t particularly successful, but it did separate the intended recording from a radio in the background. I found that, even at close quarters, the Hi setting delivered a better result. 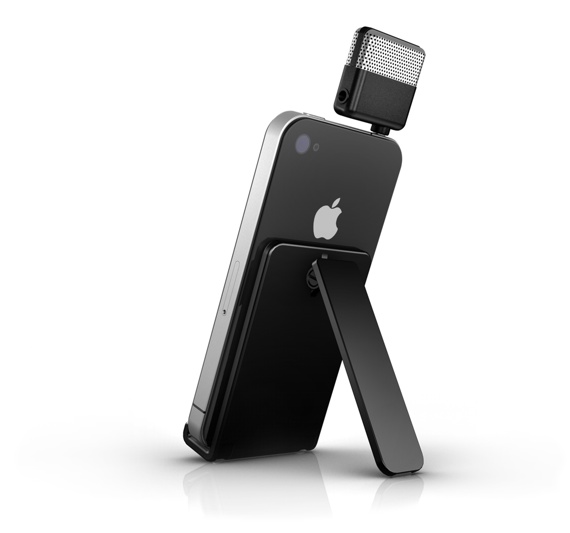 At £30, even with the extra £2.99 for the full version of iRig Recorder, this is an excellent addition to any mobile podcaster’s arsenal. ®

Reg Hardware chooses its Accessory of the Week every Friday. Got one in mind you want us to consider? Please let us know.

Turn your iPhone into a podcast recording studio.
Price: €30 (£24) RRP