But don't ask your dentist for oral sex, OK?

Something for the Weekend, Sir? It barely warranted a mention in Reg Hardware's recent Retro Week, but mobile telephony will be celebrating a couple of anniversaries this year. Groupe Spécial Mobil (GSM) was founded 30 years ago and the first commercial GSM networks came into service ten years later.

More significantly for what old farts call 'yoof culture', that was also the year the Short Message Service (SMS) was approved by the networks. According to legend, the first commercial message, sent over Vodafone at the beginning of December 1992, read 'Merry Christmas' - civilised if not exactly poignant.

I will always remember the first SMS I ever received. It read: 'YOU LOVE IT YOU SLAG'. I did not recognise the number it was sent from so it was almost certainly a mistake, but I have been watching my friends and colleagues very closely ever since.

The clichéd tale of how SMS was virtually ignored until youngsters discovered in the mid-to-late 1990s is a familiar one. It is said that The Kids met the challenge of SMS' 160-character limit by inventing a shorthand that became known as 'txt-speak': 'C U L8R' and all that.

What crap. As any parent of a surly teenager knows, getting one's offspring to utter more than three syllables at a time can be tricky, so 160 characters would seem like the Sermon on the Mount by comparison.

Actually, txt-speak was invented to get around the challenge of entering text using a numeric keypad. It also provides some generation-gap based amusement as adults try to get hip to the beat. Apparently, a text I sent to my local GP reading 'CU 4 8', intended as the confirmation of an appointment early in the day, might have been understood as an invitation to indulge in oral sex. 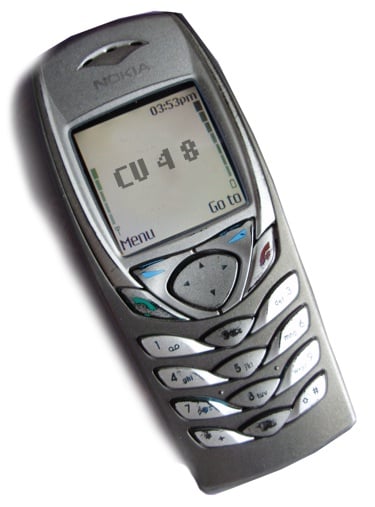 At this point, my trousers fell down and the vicar walked in. Oh, what a farce. I am haunted by the possibility that my GP was responsible for that ‘SLAG’ SMS.

What fascinates me is that txt-speak has endured despite the proliferation of predictive text and smartphones. It's as if the snappity-snap of thumbing ten physical buttons at high speed, and frequently getting it wrong, is part of the cut-and-thrust of texting. If you were to give these txters an on-screen Qwerty keyboard, they would slow down.