PureVLC isn't the only company working on this. In January, Casio demonstrated its take on the tech: flashing one smartphone screen - a flicker, again, imperceptible to humans - to send photo and message data to a second handset. Again, it was a relatively low-speed trial, but one made using everyday hardware. 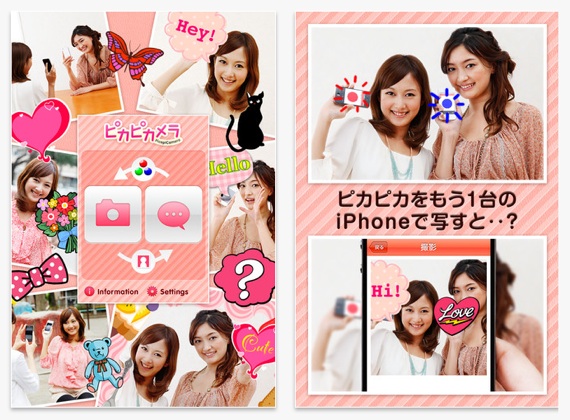 Casio has been working on this for some years now, as have other Japanese technology firms. A group of them formed the Visible Light Communications Consortium in 2004. But there, as here, there seems little to show for the years of experimentation.

Toshiba, for example, has a pair of maritime binoculars that can pick up a signal beamed from Japan's lighthouses at up to 2km, beyond the range of Wi-Fi. The signal tells the viewer about sailing conditions in the immediate vicinity of the lighthouse. Again, it's not a fast transfer: just 1.2Kbps. Enough for a short burst of compressed data, but not much more.

Then there's Reset. It has produced a diving mask that transmits the wearer's voice as a series of light pulses. A detector converts the light back to an audio output. This enables underwater conversations at distances of up to 30m. The catch: each mask costs ¥150,000 (£1200) and you need two to make it worth wearing one.

In the West, we have the Li-Fi Consortium. One of its first tasks: the slightly embarrassing point that "LiFi" is a trademark owned by someone else, in this case US company Luxim, which makes plasma light sources.

Casio's app is now available from the iTunes App Store. The software, Picapicamera, is designed to exchange snaps adorned with cartoons and text, but Casio says it's also ready to receive signals from digital billboards and domestic LED-backlit TVs - a key application for VLC, Casio reckons. It imagines phone owners grabbing discount vouchers, the location of the nearest stockist and such simply by pointing cameras at light sources, much as a few already do with QR codes.

But there's the rub: there are already many technologies that deliver small bursts of data for those willing to accept it. And while the lightbulb may be ubiquitous, so too are wireless networks - and these are generally turned on 24-7, not something you can always say for lights.

That doesn't mean the two are not complementary, and the ever-busy radio spectrum means some users may seek less crowded alternatives. Canny Wi-Fi users are already shifting into the relatively empty 5GHz band, but the arrival of faster version of Wi-Fi, such as 802.11ac, will steer more new users into that band, and that may persuade some folk to take a fresh look at light. ®