Aga, oven maker by appointment to the rural chattering classes, has turned up the heat of technology on famously basic ranges to create the iTotal Control Oven, a stove equipped with a cellular modem to allow chefs to command their cooker remotely.

The iTotal Control Oven not only connects to the web, but its built-in Sim, from Orange, also means those who are without an internet connection can send the stove text messages instead.

Commands such as “baking oven on”, or “all ovens off”, will trigger the relevant actions.

Alternatively, those with smartphones and tablets can access an app and control it all with a friendly touchscreen interface. Cooks with a PC can access the oven through a web portal. 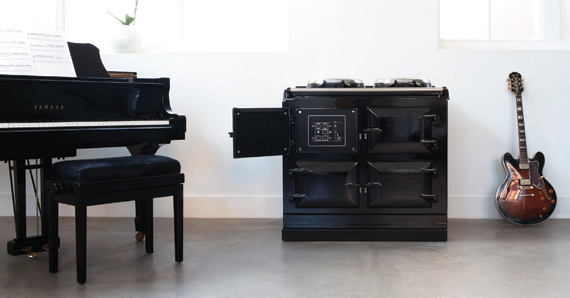 Having the oven nicely heated when you arrive home from work comes at quite a price, though.

The Aga iTotal Control Oven bakes onto shelves from 1 June for an eye-watering ten grand.

But that's not all. Users will also have to pay an additional six quid a month to use the Sim card and have to sign up to a one-year contract initially. Blimey. ®

Not complete yet, but getting closer to welcoming Mac migrants and systemd scorners
OSes31 Jan 2023 | 2

Also, JunoCam malfunctioned again, time to get new kit up there
Science31 Jan 2023 | 15