How to keep your money safe if the euro implodes 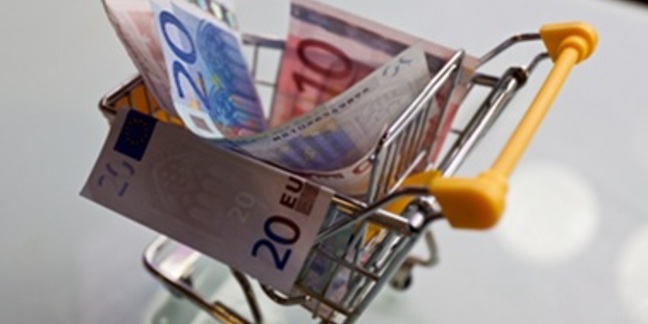 The current betting from the major banks is that there's a 50 to 75 per cent chance that Greece will leave before the year end. There's at least one Nobel Laureate who thinks it will happen one weekend sometime soon.

If your business is actually based on selling things into Greece then you're pretty much screwed already so that need not detain us. The really big question is: if Greece goes, who follows it?

Portugal and Spain probably should and Italy arguably so; there are even those who think that France and Belgium wouldn't be able to survive in the euro. So, the question is: what can actually be done to limit the damage from these events? The scenarios I will look at range from possible to extremely unlikely.

So, the first thing to do is make sure that one has as little money as possible in a bank account sitting in any country likely to leave the Eurozone. There are already reports that some large corporates are sweeping all of the money out of their potentially affected accounts. The place to put these sums is in a German (or Austrian perhaps) bank. The new Greater Deutschmark would rise against the new lira, peseta, escudo or drachma and profit might even be had, over and above value preservation.

However, actual cash on hand is the least of our worries. Almost certainly far greater in amount will be accounts receivable. Which brings us to an interesting little concept, that of “lex monetae”.

Literally, it means the law of money, but what it actually means is that a State can determine which money has to be used to pay bills and debts. You may think that your customer owes you in euros for those boxes you shipped last month, but the government of his country can state that you'll have to accept whatever new and depreciating paper they decide to print. So, if you've not already done so, reducing credit lines to customers might be a good idea.

Further, lex monetae can apply to contracts for goods to be delivered in the future. If you've an agreement under Greek law to supply whatever in 2014 it is actually possible for the Greek government to insist that you must take drachmae at whatever was the separation rate – and not the market rate at date of delivery.

The important point here will be to find out which government's laws apply to your contracts. Have you written your international contracts under local or foreign law? If under foreign then you should be OK, as those bondholders found out. The Greeks changed the law on bonds issued under Greek law so that they could get the “voluntary” default under way. But they couldn't do that for bonds issued under English law and the lucky holders of some of those got paid out at 100 per cent last week: rather than the 70 per cent haircut that all of the Greek law bondholders had to take.

And that's pretty much it, really:

Except if you really want to go for it, at which point you should go over to the other side. Borrow as much as you possibly can in those euros which you think will become drachmae, lira, pesetas, and then stick that money in the German bank. At breakup, the Deutschmark will rise against the others and there will be profits of, oooh, some predict 50 per cent or so. But that would be speculation, which is naughty. ®