Microsoft corrects itself: 'We expect fewer people to use Windows 8' 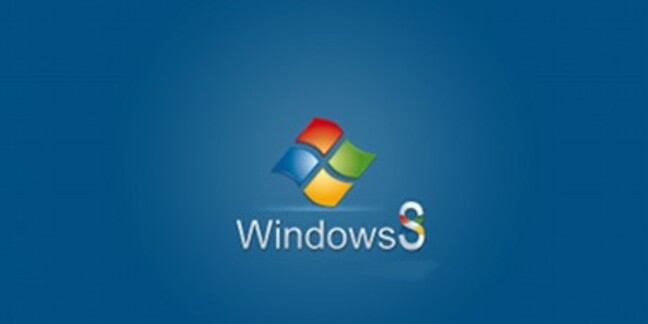 Microsoft doesn’t really expect that 500 million "users" will have Windows 8 next year, but it’s still juggling the numbers.

The company has said reported comments by chief executive Steve Ballmer on Windows 8 uptake in 2013 are a "restatement of data" by a company employee in December 2011, and that these stats relate to Windows 7 licence upgrades.

Ballmer was reported by the AFP to have told the Seoul Digital Forum in South Korea this week: “500 million users will have Windows 8 next year.”

In a statement, Microsoft now says:

Steve Ballmer's comments at the Seoul Digital Forum on Windows 8 usage predictions were actually a restatement of the same data announced in December regarding the number of Windows 7 devices that could potentially upgrade to Windows 8 – so in fact, there is no new data here.

We’ve just passed the 500 million licenses sold mark for Windows 7, which represents half a billion PCs that could be upgraded to Windows 8 on the day it ships. That represents the single biggest platform opportunity available to developers.

So Dworkin, and Microsoft, are drawing a direct connection between Windows 7 and Windows 8, and the upgrade potential between the two.

This is a strong claim. Consumers typically don’t upgrade between operating systems in large numbers – they are more likely to buy a new PC with the new Windows.

If anybody does the upgrading, it’s business customers – especially those on Microsoft enterprise licences under programmes such as Software Assurance (SA), who are trying to squeeze the most life from their existing PC hardware.

Also, "licences sold" is not the same as "PCs sold". It's a measurement of how many copies of Windows have been sold – to OEMs, the channel and to customers. And, with licences come downgrade rights to the old version of Windows. This was an option exercised by end users who'd bought Windows Vista and retreated to Windows XP.

So, is 500 million a tenable number of upgrades next year for this group? Unlikely. Businesses are only now rolling out Windows 7, while Windows 8 has a decidedly heavy consumer thrust from Microsoft. Moreover, as Directions on Microsoft analyst Rob Helm points out here: the “Metro-style” Windows 8 apps that’ll come from the Microsoft market won’t run on Windows 7 – only on Windows 8. The number of Windows 7 sales are irrelevant to Windows 8. ®