Observations from the Hubble telescope have shown that the Milky Way is on a high-speed collision course with the nearby Andromeda galaxy and the two will merge into a new elliptical system.

Andromeda, also called M31, is about the same mass as the Earth's Milky Way and similar in form. Although it's 2.5 million light years away, the two galaxies are moving together at 250,000 miles per hour and after seven years of measurements by the Hubble telescope NASA has confirmed for the first time the sideways motion of the two galaxies. According to all its computer simulations, that motion is not enough and the two are destined to merge.

"The Andromeda galaxy is heading straight in our direction," said Roeland van der Marel, Astronomer, Space Telescope Science Institute at a NASA press conference. "The galaxies will collide and will merge together to form one new galaxy."

As they approach each other the two galaxies will speed up to around five times their current velocity and smash through each other, or strike a glancing blow, flinging some other planetary systems into space. As they pass they will slow down and be drawn back together, eventually leaving a merged system containing most of the original matter. To make the situation more complicated, the Triangulum Galaxy, aka M33, may also join the cosmic pile-up, and may even hit the Milky Way first. 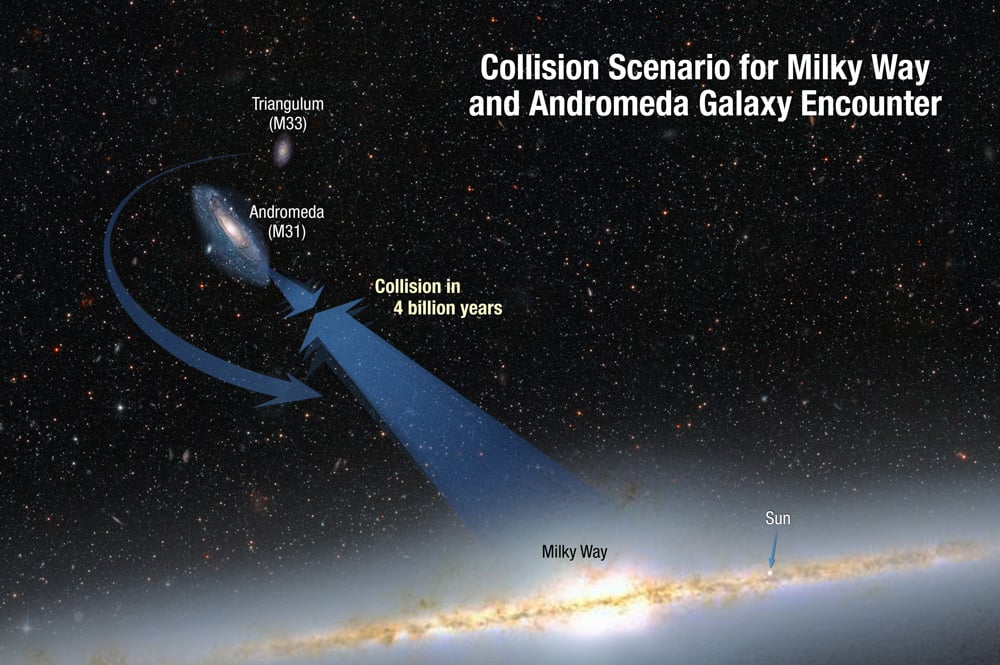 There's no need for panic however, the initial collision isn't scheduled for at least four billion years and it'll take another two billion years of cosmic reorganization before the new galaxy assumes a regular form. van der Marel said the chances of the Sun or any of the planets being hit in the collision was "vanishingly small," but that the Solar System would most likely end up on the outer fringes of the new galaxy.

Whether anything recognizable as human beings would be around is another matter entirely. The Sun would be slightly hotter, too hot for life as we know it here on Earth, but van der Marel said that there would still be the same number of planets in similar orbits to those observed today. The night sky will certainly be different however, according to NASA computer simulations. 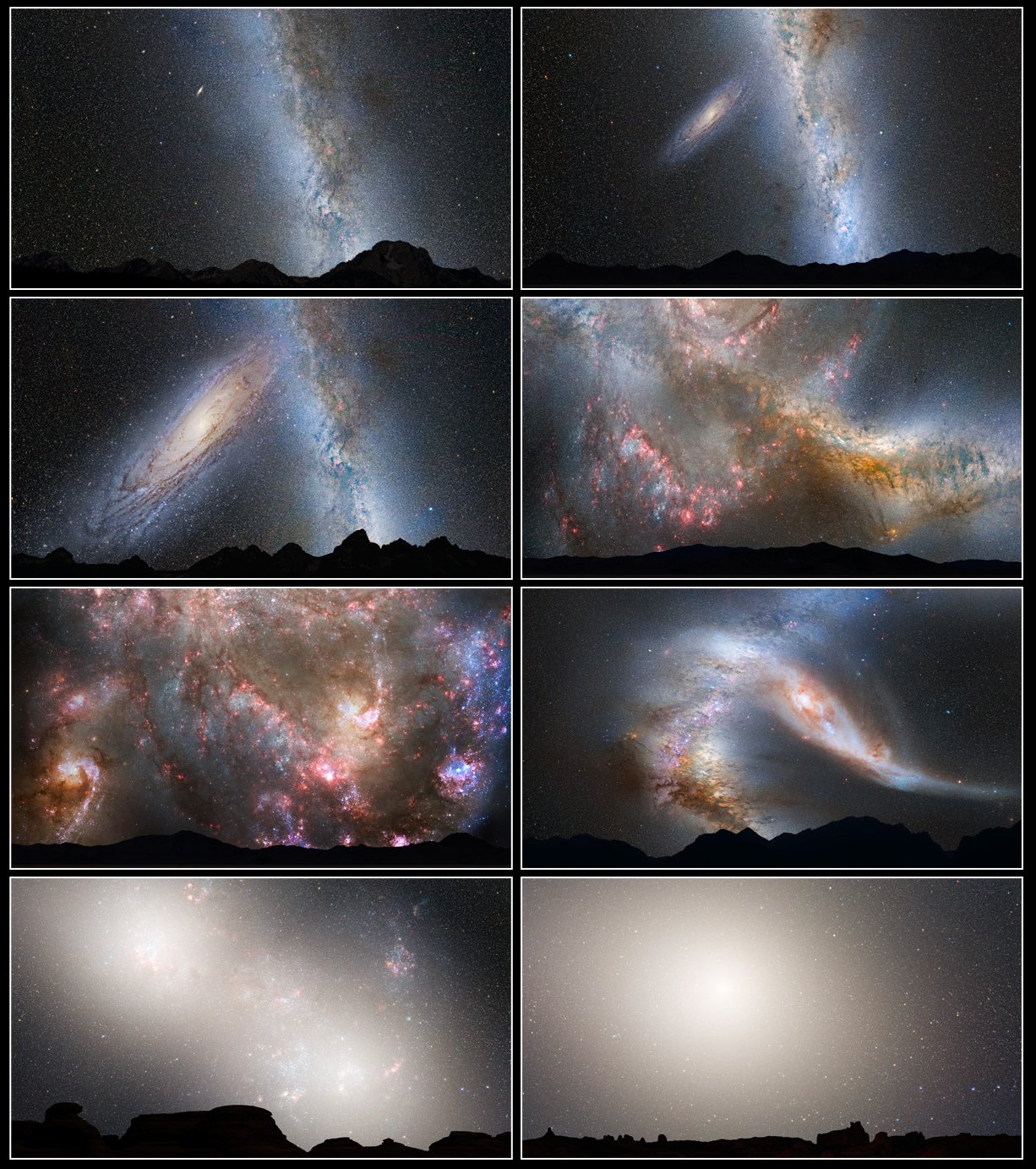 "We've known for some time that galaxies do evolve by snacking on small satellite galaxies," said Rosemary Wyse, professor of physics and astronomy at Johns Hopkins University. "The importance of this research is that the appetite of both the Milky Way and M31 has not been satisfied and they are going to end up devouring each other. When they do so they'll join the pantheon of large spiral galaxies."

It has been suspected for over a century that the Andromeda galaxy might be on a collision course with the Milky Way, but there haven’t been sensitive enough instruments make the calculations. The observations were only possible because Hubble got a refit in 2002 with the replacement of equipment that had failed, explained John Grunsfeld, the astronaut who performed the upgrade.

"It's because Hubble has been serviced by the Space Shuttle that the longevity has allowed us to make these very sensitive measurements," he said. "The great thing about Hubble is in 2009 we did a complete makeover and a whole host of repairs such that Hubble is now basically a brand new telescope." ®