Richard Branson gets nod to strap rocket on SpaceShipTwo

Virgin Galactic has finally got the green light to attempt supersonic rocket-powered SpaceShipTwo flights at the end of the year. 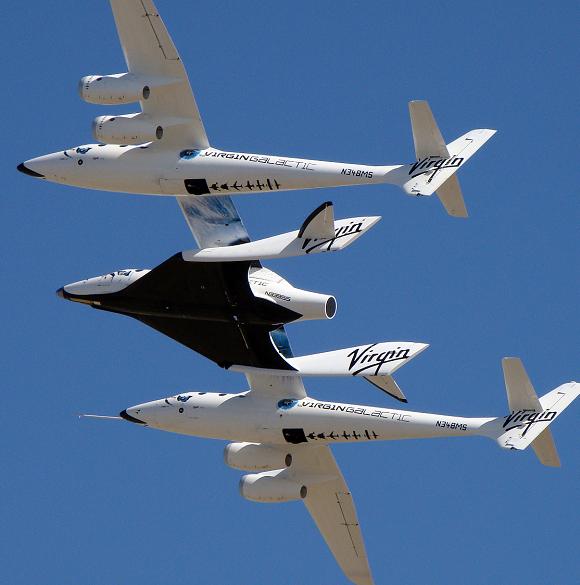 The millionaire transporter has got an experimental launch permit from the US Federal Aviation Administration for the ship and its carrier aircraft, the WhiteKnightTwo, the space biz announced.

The pair have already done some flying together but haven't done any rocket-powered flight yet.

The WhiteKnightTwo has done 80 test flights and the SS2 has been up 16 times, including three tests that checked out the craft's re-entry system. Virgin have also fired the tyre-rubber-and-laughing-gas-powered rocket in 10 tests, successfully completing full duration burns, but this is the first time they'll be strapping it on the SS2 for a test fire.

Scaled Composites, the spacecraft builder, will fly the SS2 a couple of more times with the unlit rocket aboard to ensure the ship works well with the extra weight. In the meantime, integration of the rocket's components through the summer before a full blasting flight expected towards the end of the year.

The SS2, which can carry six passengers and two pilots, is based on Scaled's SpaceShipOne, which won the $10m Ansari X Prize in 2004 for the first privately funded human spaceflights.

So far, Virgin Galactic, owned by Brit billionaire entrepreneur Richard Branson and Abu Dhabi government investment firm Aabar Investments, has signed up 500 passengers to their space joyrides, including celebs like Ashton Kutcher and Angelina Jolie and scientists like Stephen Hawking and James Lovelock, famous for proposing the Gaia theory. ®