One wonders if, after ratifying the SATA 6Gb/s standard, the people at the SATA-IO (Serial ATA International Organization) gave themselves a pat on the back to say job well done, that’s that future-proofed for a while, we can relax now. 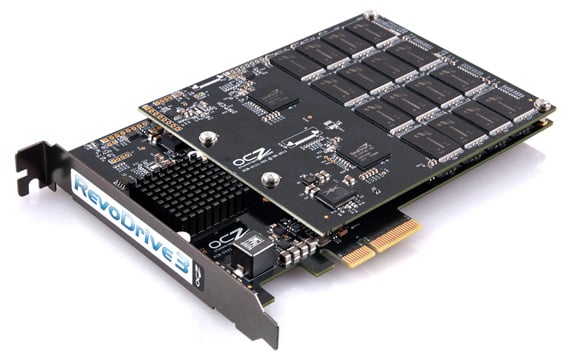 After all, you could hardly blame them for that, as the old disk spinning mechanical drives have trouble getting anywhere near the previous SATA 2 (3Gb/s) standards limit so the SATA 3 (6Gb/s) interface isn’t going to be troubled for quite some time, or so they thought.

Yet it appears what the great and the good at SATA-IO didn’t see looming on the horizon – and they certainly weren’t the only ones – was the huge rise in consumer SSDs. Even now, the solid state storage on offer is very close to completely swallowing all the bandwidth available on the SATA 6Gb/s interface – so much for future-proofing. 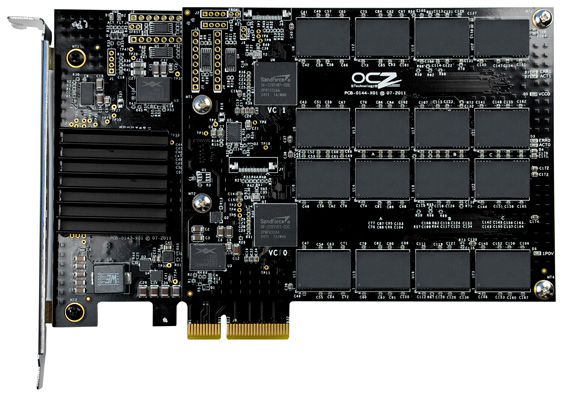 Some companies could see the writing on the wall and sent their R&D teams scuttling away into darkened rooms to come up with other solutions, while we all wait for the ratification of SATA Express. OCZ was one such company and its RevoDrive series of products do away with need for the SATA interface completely, using instead the PCI-E bus of the motherboard. This alternative has the potential to shift huge amounts of data really rapidly and deliver huge transfer rates.

There are two basic versions of the RevoDrive, the standard drive which has everything mounted on a single PCB and the X2 version which has a daughter card added with additional NAND modules and controllers. The RevoDrive 3 series sees the addition of some new technology to the drives in the shape of OCZ’s VCA 2.0 (Virtual Controller Architecture) and SuperScale Storage Accelerator which replace the RAID setup of the original RevoDrives.