Hands on with Nintendo's Wii U

First look It's been widely discussed, dissected and generally accepted that E3 2011 was something of a misstep for Nintendo; last year's unveiling of Wii U was met by much scratching of heads as press and public alike tried to fathom what we might expect from the gaming firm's Mario Wii U console.

How were we meant to hold such cumbersome-looking tablet controllers for extended periods? What exactly was the system's horsepower? Might it suffer the same fate as the Wii and end up ignored by third parties once Sony and Microsoft usher in their next generations? Most importantly, was that really the best name they could come up with?

With its rivals still holding back on their next machines, this year's E3 was Nintendo's to grab by the scruff of the neck, where it could convince punters that we need tablets with our consoles. So, after a year of development, is the Wii U enough to make a wolverine purr?

First to the tablet, now known by its official name: the Wii U GamePad. It's a device Nintendo is calling 'the first controller with a screen' (even if we gamers know that Dreamcast already did that whole thing way back when).

It has all the same inputs you'd expect of a regular pad (Nintendo almost shouting to EA and Activision shooters that they'll feel at home on the device). It can scan in character models (in a similar way to Skylanders), it has tilt and Wiimote sensors built in and it can even be used in conjunction with a second GamePad – though, so far, that last point has only been announced and not demoed. 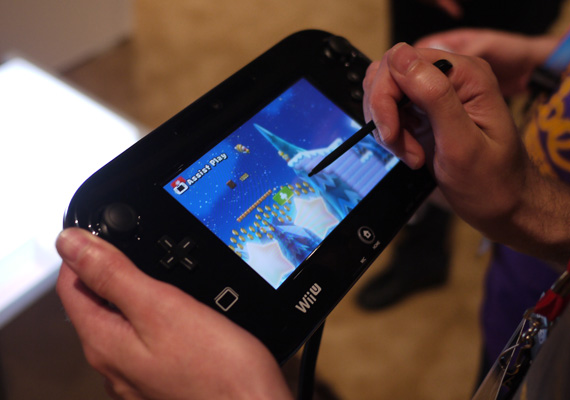 I'm left pleasantly surprised by how light the GamePad feels in my hands. It's a more compact device than, say, the iPad, and while I wasn't able to play for several consecutive hours at E3, the device never felt anything other than a naturally contoured fit in my hands, whether using it as a traditional pad or in a more novel way.

In fact novelty is what Nintendo seems hell-bent on pushing, for while the likes of Mass Effect 3 and Batman: Arkham City are being ported to the console by third parties, none of Nintendo's titles look too far beyond what we've seen on the Wii: its policy of gameplay over graphics seems set to continue.

Nintendo Land perhaps best illustrates this, offering 12 mini-games in the guise of areas of the Nintendo Land theme park, each of which make interesting use of the GamePad to offer their own unique experience. 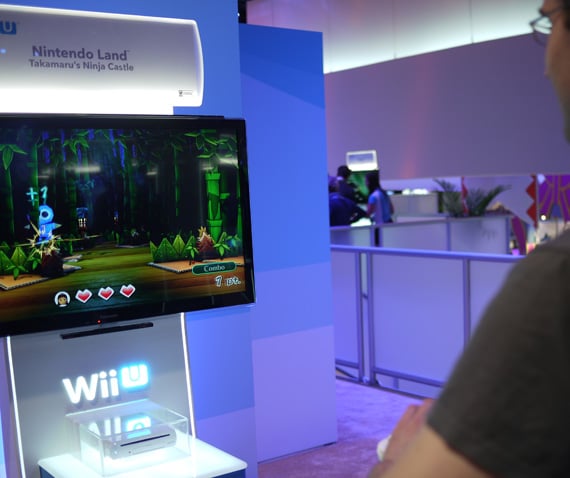 Animal Crossing: Sweet Day, for example, has the GamePad player controlling two candy guards – one mapped to the left analogue stick, the other to the right – while other players viewing proceedings via their TV take up the still-compatible Wiimotes in a bid to collect all the candy without being caught.