Counting the cost of cloud computing

Not quite a free lunch

Among the benefits of cloud computing are lower infrastructure costs, reduced time to market and greater flexibility, with no need for enterprises to buy, install and maintain IT infrastructure and software.

It can allow companies to become more agile and entrepreneurial, while the cloud computing vendor can deliver economies of scale by amortising its costs over all its customers.

And we all also know that cloud is catching on in a big way. According to Microsoft, 70 per cent of businesses say they have already moved to the cloud or plan to do so.

The Open Data Center Alliance reports that its 300 enterprise members will triple their cloud deployment in the next two years, an adoption rate five times greater than it previously predicted.

Effective cost control can be a major reason to consider moving to the cloud. Costs become predictable.

Because cloud charges are priced on a flat rate per month basis, some firms have cut IT delivery costs by as much as 90 per cent, according to Microsoft.

Renting applications and infrastructure in the cloud removes the need for upfront capital expenditure. It can all be run out of operational expenditure.

Other arguments in favour of the cloud are that it allows you to focus on the business rather than IT, and that capacity can be scaled up and down to meet demand, reducing risk and improving agility.

Dig deeper and everything gets much more complicated. At Cloud Camp, London 2012 in January – nominally on the subject of big data – there was naturally enough much talk about the economics of the cloud.

So much so that Joe Weinman, previously an informal cloud evangelist at AT&T and HP and now at Telx, gave an impromptu run-through of his current thinking.

Weinman is something of a celebrity in the cloud computing community because he attempts to bring some intellectual clarity to the noise and myth-making that surround the topic of cloud costs.

He is also the founder of Cloudonomics, which he describes as a “multidisciplinary analytical approach leveraging economics, behavioural economics, statistics, calculus, computational complexity theory, simulation, and system dynamics to characterise the sometimes counterintuitive multi-dimensional business, financial, and user experience benefits of cloud computing and other on-demand, pay-per-use business models”.

As Weinman commented at Cloud Camp, among the many theories about cloud computing is the idea that moving wholesale to the cloud can deliver huge economies of scale and provide a low-cost alternative to in-house data centres. 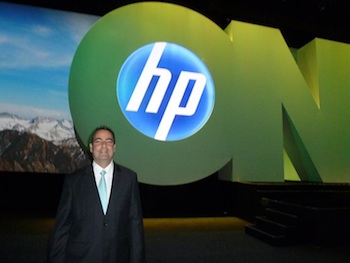 He argued that this is not always the case. You have to take peaks and troughs in usage into account, plus the fact that there will always be some applications that organisations want to keep in-house, such as tightly coupled legacy applications.

Too big to fly

It is hard, he said, to see why a major airline would want to move its 40-year-old reservation system to the cloud, for example.

Weinman also implied that pay-per-use pricing will supplant fixed-price hosting for all but a few users. So long as cloud develops equivalent services to hosting (or your internal data centre), pay-per-use will be the most economically efficient choice.

An analogy commonly used by the cloud economists is the comparison between buying and renting a car. It makes sense to own your own car for everyday use but it is better to rent when you go on holiday.

“Many people think that cloud economics starts to pay dividends immediately when you move to an on-demand usage model, paying only for what you use. Cloud can actually be fairly expensive when hosting environments in use are not elastic. I was surprised to see how many startups and SaaS organisations still run their applications in the cloud just as they would in any static hosting environment.

Shalom also points out that the important difference between private and public cloud is less about cost and more to do with ownership and flexibility.

Heavy Reading senior analyst Caroline Chappell says there is no arguable reason for enterprise commodity functions not to move to the cloud.

“There’s no point putting desktop functions anywhere other than in the cloud,” she says.

“All those applications like sales management and CRM, which enterprises used to develop themselves and which were packaged up by the likes of SAP, Oracle, Amdocs and Salesforce.com, I see no reason for them not to move to the cloud."

But she adds that what she calls the “system developer stuff”, or the reports and processes that knit together or live on top of the commodity functions, may well sit better in a hybrid model.

He argues that organisations should approach the cloud like any other technology procurement process. They should fully discuss issues such as personnel, redundancy and risk, rather than just focus on price. ®