Benchmark listing suggests debut is near

Online benchmark result sites have revealed the imminent arrival of new Macs before. Witness the appearance of the new MacBook Pro in Primate Labs' Geekbench site in May - a month before Apple announced the machine.

While this week's WWDC keynote made no mention of new iMacs, don't forget that a new all-in-one machine also appeared on the Geekbench site recently. 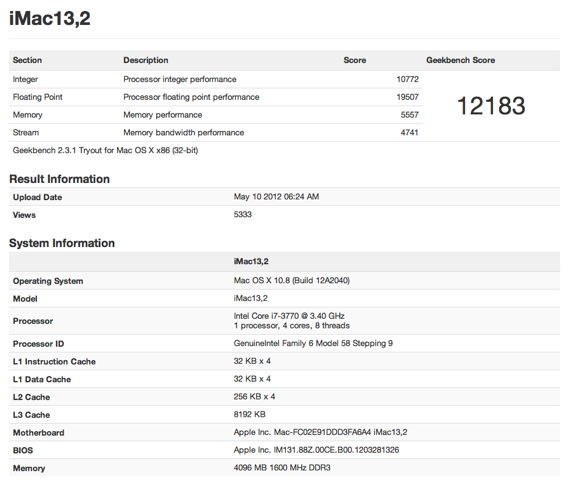 Assuming the Geekbench data isn't fake, it points to a near-term iMac update - now more than a month overdue. Mac Pro fans may have a long time to wait for a decent refresh, but it looks like an iMac revision will come much sooner - perhaps with an on-board digital TV pick-up. ®