500m space rock spotted on Monday gets within 5.3 million km

An asteroid spotted by Australian astronomers early in the week missed Earth by just 5.3 million kilometres.

“2012 LZ1” was observed from Australia’s Siding Springs Observatory last Sunday, June 10th. At around 500m in diameter, the rock is considered hazardous.

Happily, 2012 LZ1 slipped by well outside the orbit of the moon, at about 2:00AM this morning GMT. Boffins have apparently seen enough to calculate its orbit and have concluded that while it will pass through Earth’s orbit again in 2016, there’s no imminent danger to the planet.

While the asteroid was observed by folks including the Remanzacco Observatory (for whom we have to thank for the image below), no detailed images are available so we don't know much about the object. 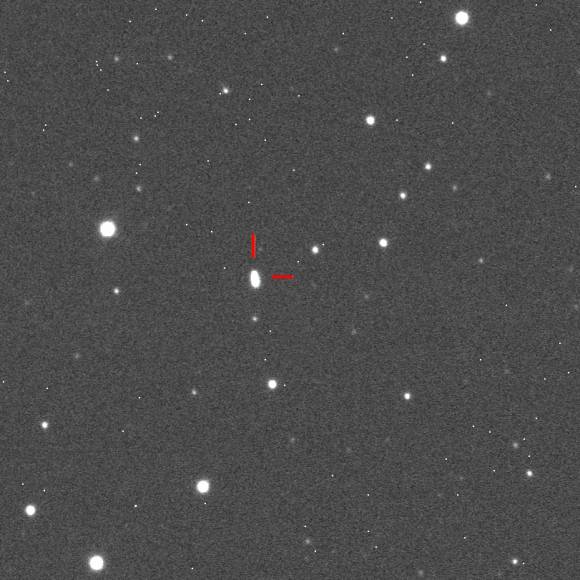 There’s also some grainy video about, such as the one below from Slooh.com. ®