Screen space or detail? Choice is yours

Point is, you have a choice. Screen resolution is an aesthetic consideration as well as a technical one, and it’s an example of the attention to detail that sets Apple apart from its rivals.

My first step was to open up some PDFs in Preview, and the outstanding precision of the text fair took my breath away. Next up was iPhoto, which really shines when you view some high-res photos in its full-screen mode. 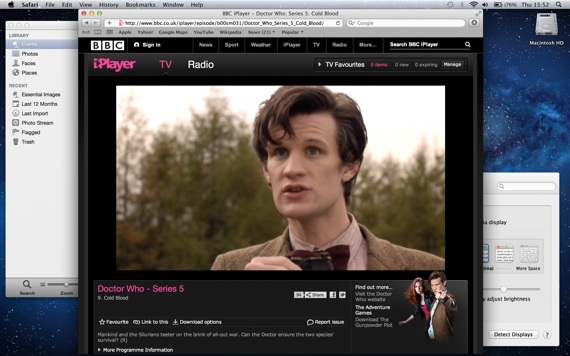 However, it’s video that really shows the Retina display in all its glory. Admittedly, even 1080p HD content has to be scaled up on this screen, but the improved contrast ratio – Apple claims it’s 29 per cent higher than previous models; whatever the figure, the difference is readily viewable – really produces excellent results. The use of IPS technology in the Retina display also makes a big difference, maintaining terrific brightness and clarity through almost a full 180° viewing angle.

Apple could have been forgiven for stopping there and resting on its snazzy screen laurels, but it has improved other aspects of the MacBook Pro design as well. There have been rumours floating around for months that Apple was preparing a 15in version of the MacBook Air. This model may come under the ‘Pro’ banner but it could certainly qualify as an Air as it measures just 18mm thick, compared to 24mm for the standard MacBook Pros and 17mm for the 13in MacBook Air. 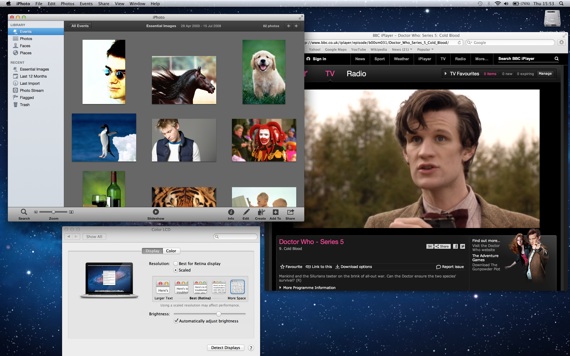 It’s lighter too than the other Pros too. It's 2.02kg, which is just less than the 2.06kg 13in MacBook Pro; the 15in MBP is 2.56kg. Admittedly, Apple had to chuck out the optical drive in order to cut down on the size and weight. However, that seems to be the only real compromise, and in most respects the Retina model matches the performance and features of the other MacBook Pro models. 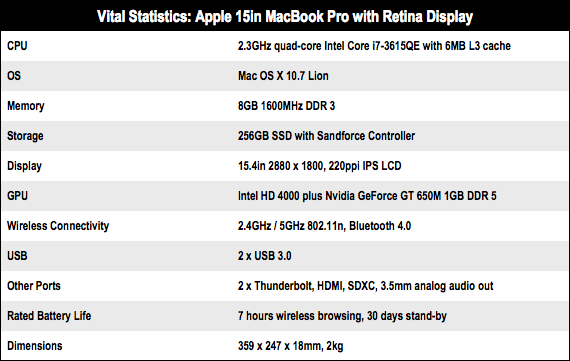