A glowing, cube-shaped Apple Design Award trophy prompted US Transportation Security Administration airport staffers to give one award winner special scrutiny when he tried to board a flight back to his Seattle digs.

Juraj Hlaváč had won the award at Apple's Worldwide Developers Conference in San Francisco for the educational game Bobo Explores Light developed by his company, Game Collage. The award itself is a small silver cube that glows from within.

As Hlaváč explains, "As I was heading back to Seattle from WWDC, I was only traveling with a small backpack. I bundled the Apple Design Award into a t-shirt when I packed that morning, shoved it into my backpack, and forgot all about it when I got the airport."

When his backpack went through the x-ray scanner, however, the TSA staffer manning the machine was concerned about the cube that appeared in the scan, called another TSAer, then another, until as Hlaváč says, "there was small crowd scrutinizing the image." 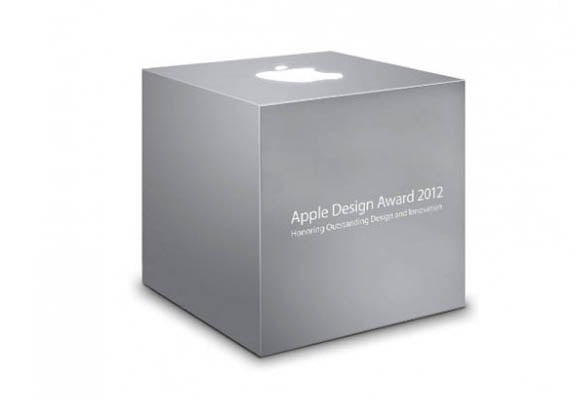 The glowing 'futuristic artifact' that aroused the TSA's suspicions

Hlaváč was taken aside by the TSA staff, who removed the cube from his backpack; its glow caught not only them by surprise, but also Hlaváč's fellow travelers. "Whispers passed over the crowd," he noted.

Apparently, however, there were fanboys among the security staff. "After I explained that the cube is from Apple," Hlaváč says, "the security folks reverently placed the futuristic artifact into its own plastic bin and ran it again through the x-ray machine."

Eventually the award was returned to Hlaváč – but as he notes in his company blog, "I suspect I will be reading about 'intercepted alien technology of unknown origin or purpose' on the blogosphere soon."

The Apple Design Awards are handed out annually at WWDC to apps that, as Apple puts it, "set new standards that inspire us all." This year's winners are: