Geek Treat of the Week The iRig Mix is the latest IK Multimedia accessory aimed at iPhone and iPad-toting musicians and DJs. It’s a three-channel mixer that can be used to combine input from two iOS devices and either a microphone or guitar.

Alternatively, using a DJ app like Algoriddm’s dJay or IK Multimedia’s own DJ Rig, you can split the output from a single device across two channels so you can cue one turntable using headphones, while the other is playing through the speakers. 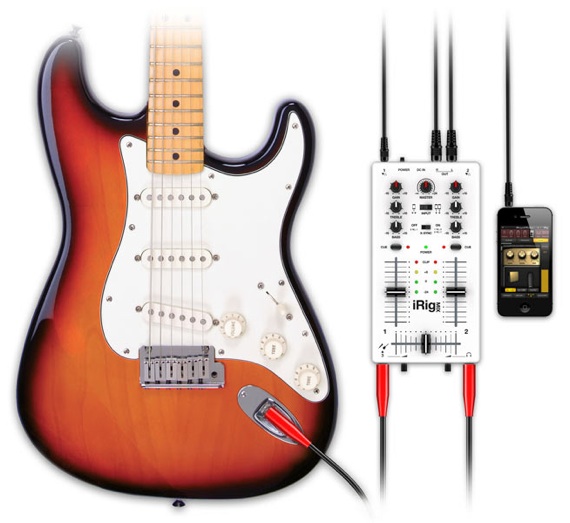 iRig Mix has three inputs: two 3.5mm jacks for the iPhone or iPad, and a single quarter-inch jack for a mic or guitar cable. There’s a headphone jack on the front and phono outputs on the back to connect to a PA or powered speakers. In the box are two 3.5mm to 3.5mm cables and a phono to 3.5mm cable.

Setting the mixer up is straightforward, and the two faders, gain, bass and treble controls are self-explanatory. There’s also a switch to allow you to synchronise the output from two iOS devices. And if you’re using a mic or guitar, you can run one of IK Multimedia’s guitar or vocal processing and effects apps, which routes its output back through the iMix. 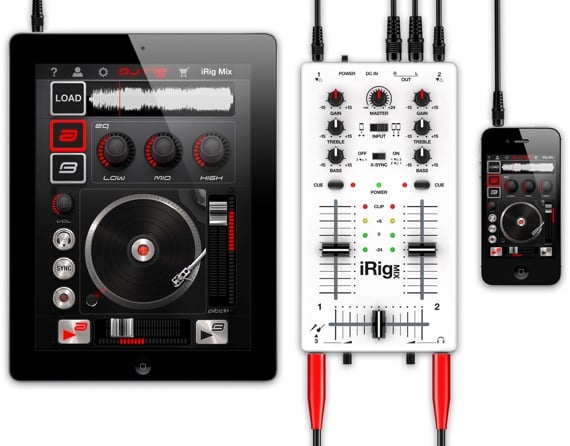 I was able to get it up and running without a problem, although using dJay with one iPad and splitting the output across two channels only worked intermittently. It worked fine using DJ Rig, however.

The only other issue I have with iRig Mix is its build quality. It’s made of plastic which is great for keeping both costs and weight down. But it did make the mixer feel lightweight in more ways than one. At £66, however, that’s forgivable. 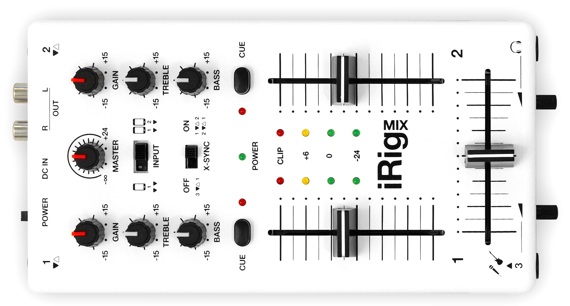 If you use an iPad, or two iPads, to DJ - or need a way to mix the output from an iOS device with live vocals or guitar, iRig Mix is excellent. ®

Just the ticket for the iDevice-packing muso or DJ.
Price: £66 RRP